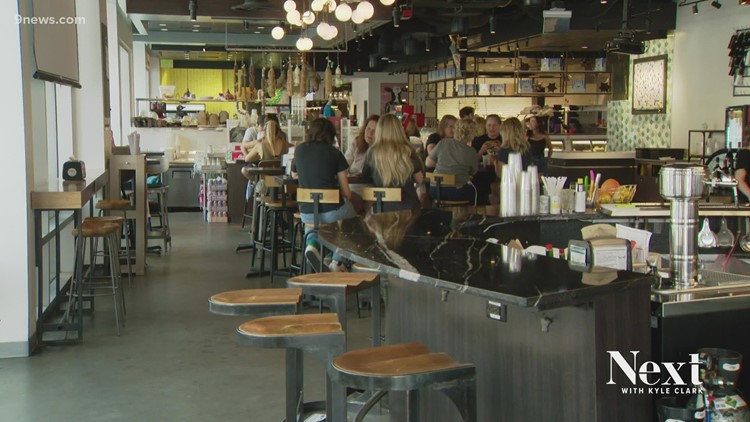 The Banannos said they are adding the vaccine requirement on Sept. 30 in an effort to keep staff and customers safe.

“We’re trying to create a safe work environment for the people we work with,” said Frank.

Jacqueline Bananno added that the restaurant group staff is probably over 90% vaccinated and said this is the time to step up and make it mandatory.

The owners said they want guests to feel safe while making the people who work for their restaurants feel safe.

Jacqueline added that staffing challenges inspired their stance on vaccinations too.

“And you know right now with everything that’s been going on the past couple of years, people have left the restaurant industry in droves,” said Jacqueline. “And it’s particularly difficult to find and cultivate people who want to work with you.”

Jacqueline and Frank agreed that their decision to require vaccinations is for the people who mean the most to them – staffers who work in the Bananno restaurants on a daily basis and support the company.

“We got vaccinated, you’re vaccinated. We’re already at 90%, now we’re just going to guarantee all of your co-workers are as well,” added Jacqueline.

Frank Bananno said that a mask was required to come into the Bananno restaurants and customers had to sign a health declaration a year ago when their restaurants re-opened in June.

“So, I don’t think for restaurateurs or restaurant people, this is uncharted territory,” added Frank. “For our restaurants that are mostly reservations, you sign a health declaration and if you want to lie to us and come in, yeah, you could be that person. We’re not going to fight you, we’re not going to be the police on this.”

Frank and Jacqueline agree that the requirement is for one thing – a safe, healthy work environment.

“It just seems like it’s the right thing to do,” said Frank.

The restaurant group said 10 of its 50 staffers remained unvaccinated, until the company announced the vaccinations mandate and they signed up to get vaccinated after the policy was announced.