Home » Ryan Murphy is going to shave his what? 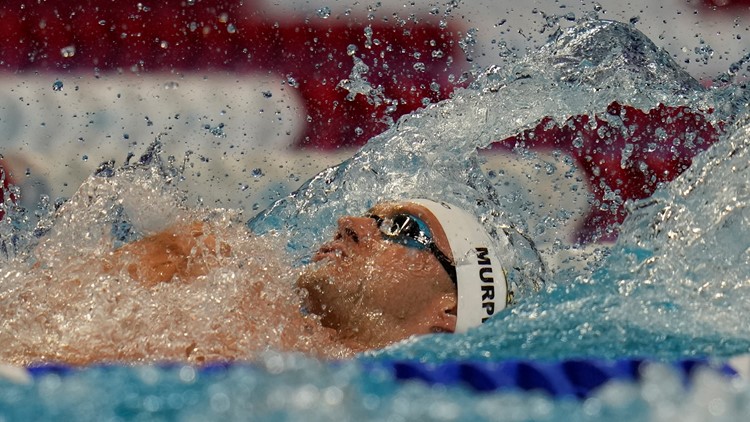 “I shaved my chest between prelims and semis,” Murphy said jokingly. “Maybe that was a nice little boost.”

Tafoya asked what is his strategy before Tuesday’s final.

“I’m going to shave my back tomorrow,” he said. “Potentially, that might lead to a little bit faster.”

In other events Monday night, five-time gold medalist Katie Ledecky easily won her 400-meter freestyle final to book her trip to Tokyo. She was a good five body lengths ahead of runner-up Paige Madden, touching the wall in 4:01.27. But that time was slower than expected, adding anticipation for her likely showdown with Ariarne Titmus of Australia, who just swam the event Sunday in 3:56.90 — less than a half-second behind Ledecky’s world record time from Rio.

Two Olympic rookies locked up their spots for Tokyo. Teenager Torri Huske captured the women’s 100 butterfly, while Michael Andrew held on to win the men’s 100 breaststroke by 0.01 seconds.

Defending Olympic champion Lilly King advanced from the semifinals of the 100 breaststroke with the top time of 1:04.72.