U.S. men’s gymnast Sam Mikulak opens up about the pressure and stress of competing on the international stage.

CHARLOTTE, N.C. — All eyes are on Tokyo for the Olympics, and the spotlight brings with it plenty of attention and pressure.

For U.S. gymnasts like Simone Biles and Sam Mikulak, it isn’t just the judges who are watching their every move. Millions of fans are tuned in worldwide as athletes like them compete. That means a lot of pressure for them to perform well on one of the world’s largest platforms.

That pressure can lead to a lot of tough decisions. In Biles’ case, that meant taking a step back from the team gymnastics competition after she realized she wasn’t in the right mindset to compete.

“I didn’t want to go into any of the other events second-guessing myself,” Biles said Tuesday. “So, I thought it would be better if I took a step back and let these girls go out there and do their job.”

Mikulak said Biles is not alone in needing to take care of one’s mental health.

“That’s really been what I’ve been battling for the past year: figuring out a way to be able to balance that – and Simone has it on the grandest of scales,” he told French. “It’s taken me a year just to be Sam Mikulak. And I was like, ‘How does Simone go out there when everyone is counting on her relying on her?'”

RELATED: Why is Russia called ROC at the Tokyo Olympics?

“The best /article/sports/olympics/russia-roc-tokyo-olympics/507-b9200c11-dcc4-489b-8athletes in the world are of course physically gifted but they also have to have the mental toughness,” said Dr. Keith Anderson, a sports medicine clinician with Novant Health.

Anderson, who has been working with Olympic athletes for years, said the pressure to perform at the highest level can cause stress that impacts physical health.

“If you’re having mental issues, one of the things that’s going to affect the most is your sleep,” Anderson said. “And if you’re not sleeping well then you’re not recovering well.”

Anderson said stress can also impact an athlete’s timing, precision, and confidence. But, he added, it also strips the person of the reason why they compete in the first place: the love.

“You don’t want to let the joy of the sport be washed away by the pressure to perform,” Anderson cautioned.

Mikulak said he has tremendous respect for Biles’s courage to speak up and take time to care for herself.

He said it helps knowing Team USA understands Biles isn’t a “medal factory,” and that the athletes are still people at the end of the day.

“I think the best thing that I’ve heard and continue to hear from friends, family, fans, is just how much they respect who I am as a person and not as an athlete,” Mikulak said. “And I’m really just trying to find and express my authentic self to everyone and not have expectations or feel the pressure from everyone else.” 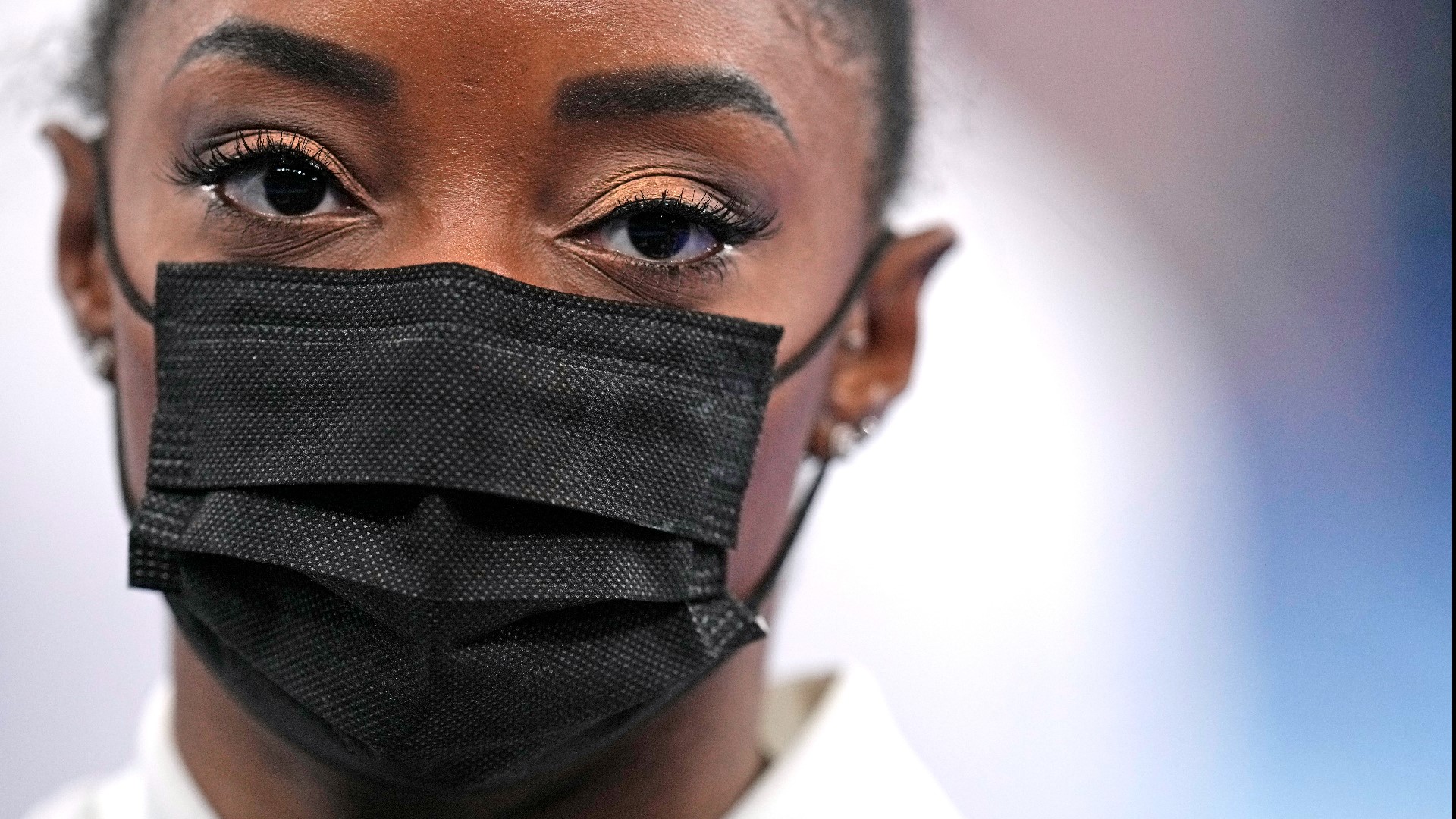 The Russian Olympic Committee would take the gold in the women’s team competition, but Biles’ teammates were able to strike silver after she stepped away, but not before giving them words of encouragement.

When the Olympics are wrapped up, Mikulak will be making the move from his home state of California to Charlotte. He knows he has plenty of people in and around the Queen City cheering him on, and he’s ready to show his gratitude.

“I can’t wait to see you all, and thank you so much for all your wonderful support,” he said. “If there’s any way I can give back to the community, I’m looking for that opportunity when I get out there.”