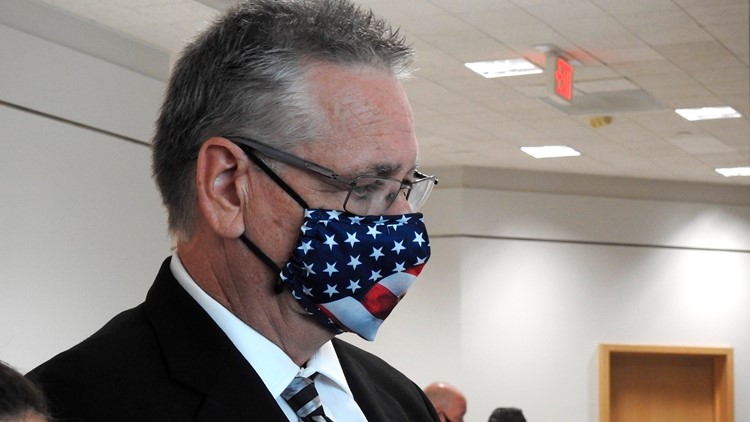 Prosecutors have said that the school resource officer at Marjory Stoneman Douglas High School failed to come to the rescue during the deadly 2018 massacre.

FORT LAUDERDALE, Fla — Editor’s note: The attached video is from Feb. 2020 and focused on the two years since the Parkland shooting.

The former school resource officer accused of hiding during a South Florida school shooting that left 17 people dead will have to convince a jury that he wasn’t criminally negligent, a judge ruled Thursday.

Peterson, 58, had worked as a school resource officer at Marjory Stoneman Douglas High School in Parkland. Nikolas Cruz, who was 19 at the time of the February 2018 shooting, has been charged with 17 counts of first-degree murder.

Prosecutors have said that Peterson failed to come to the rescue as Cruz was making his way through the school’s hallways. The law that Peterson is accused of breaking specifically applies to caregivers, but defense attorneys argued during a hearing Wednesday that a law enforcement officer doesn’t fit the legal definition of a caregiver.

Prosecutors are arguing that school resources officers are inherently different from other law enforcement officers and should be considered caregivers.

Fein ruled that a jury can decide whether a school resource officer should be considered a caregiver and noted that a jury instruction will be included to that effect.

Cruz faces the death penalty if convicted in the Valentine’s Day 2018 massacre in which 17 people were slain and 17 others were wounded. Cruz’s lawyers have said he would plead guilty in exchange for a life prison sentence, but prosecutors are insisting that his fate be decided by a jury trial.