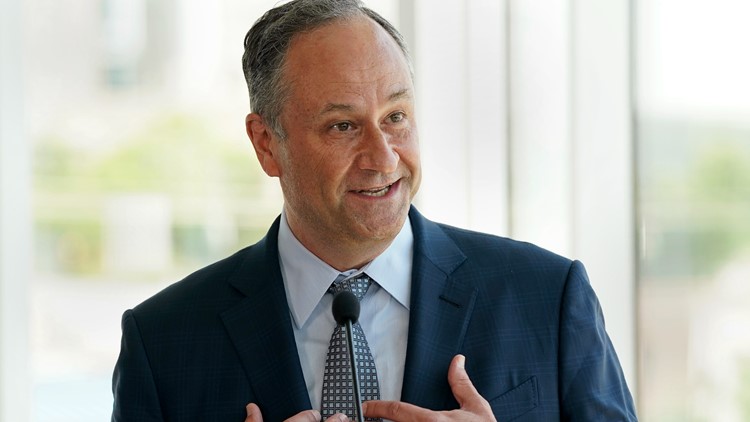 About 4,400 athletes with physical disabilities from 160 countries will compete in more than 20 sporting events under strict public health measures.

WASHINGTON — Doug Emhoff, the spouse of Vice President Kamala Harris, is taking his first solo trip abroad and will lead a delegation to the Paralympic Games in Tokyo later this month.

Emhoff will lead a small delegation of himself and one other person to the Games that, like the Olympics, were delayed a year because of the coronavirus and also will be held as Tokyo sees a surge in infections fueled by the more contagious delta variant of the virus.

He’ll attend the Aug. 24 opening ceremony with Raymond Greene, the U.S. official in charge of the U.S. Embassy in Tokyo until an ambassador is sworn in.

About 4,400 athletes with physical disabilities from 160 countries will compete in more than 20 sporting events under strict public health measures, much like the Olympics, through Sept. 5.

Japan has counted 1 million infections and more than 15,700 deaths from COVID-19, faring better than many countries, but the delta variant has caused many of the newest cases and is quickening the spread of the virus.

Biden tapped his wife, first lady Jill Biden, to attend the Olympics opening ceremony on July 23. She also met with the prime minister, the emperor and attended several Olympic competitions before she flew back to Washington.

Emhoff, a former entertainment lawyer, has traveled to more than 20 states since Biden and Harris took office in January. He mostly has toured COVID-19 clinics and encouraged people to get inoculated against the disease.