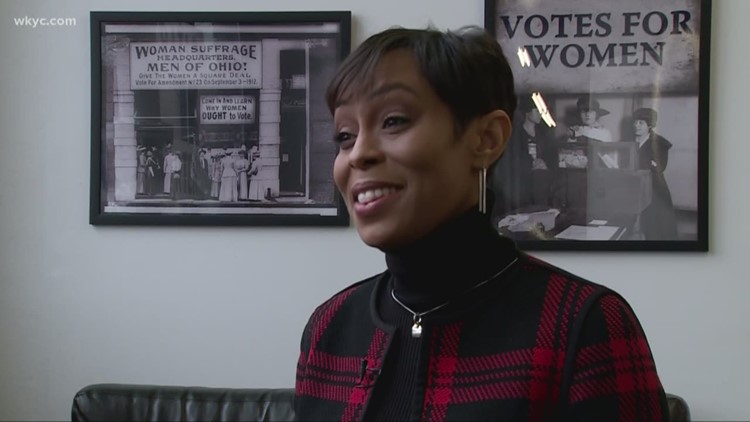 BEDFORD HEIGHTS, Ohio — Northeast Ohio voters have made a decision in the latest chapter of the Democratic Party’s national divide.

An emotional Brown addressed supporters at A Touch of Italy in Bedford Heights once it started to become clear she would be the winner. She thanked her constituents and steadfast friends, whom she referred to as her guiding “moral compass.”

“I’ve been 9 years a legislator, not seeking headlines or attention, but seeking to make headway and being effective,” Brown declared. “I’m not about lip service; I’ve been about public service.”

Brown was considered the “establishment” favorite against the more left-leaning Turner, and had the support of prominent Democrats like former Secretary of State Hillary Clinton and current House Majority Whip Jim Clyburn. Still, Turner had an edge in both endorsements and campaign cash, making Brown at least a slight underdog in most analysts’ eyes prior to the polls closing Tuesday evening.

But Brown had an advantage in votes from her and Turner’s native Cuyahoga County, and Turner managed to just barely edge Brown further south in Summit County. In the end, it wasn’t enough to overcome the deficit, and as she took the stage at The Lanes in Maple Heights, Turner admitted she had lost even before most major media outlets had made an official call.

“It is okay to be sad tonight, but tomorrow we must roll up our sleeves and continue to fight,” Turner said. “The movement does not stop; it keeps on going.”

Turner thanks those who supported, endorsed her campaign, using as a motto “We will continue this journey”.

Adding a message “It’s okay to be sad tonight but tomorrow we must roll up our sleeves and continue to fight”@wkyc pic.twitter.com/tSCe8jgBPu

The crowded field quickly became a two-way battle between Brown and Turner, and turned ugly in the final weeks with attacks coming from both sides. Brown accused Turner of not being sufficiently loyal to the party, as the latter refused to endorse Joe Biden during his eventually successful presidential campaign and compared him to a “bowl of s—.” Turner, meanwhile, hit Brown for her ties to both the establishment and corporate donors, and also accused her of impropriety for her role in approving county contacts for a company with ties to her then-fiancée.

Even in defeat, Turner remained defiant, blaming the current campaign finance environment for her loss without mentioning Brown by name.

“I am going to work hard to ensure that something like this doesn’t happen to another progressive candidate again,” she said. “We didn’t lose this race; evil money manipulated and maligned this election.”

On the issues, Brown has prioritized tackling gun violence and seeking solutions for more affordable health care, though unlike Turner she does not believe a “Medicare for All” approach is the best option. During her six-plus years as a councilwoman, she voted in favor of initiatives that declared racism a public health crisis in Cuyahoga County, funded the redevelopment of Cleveland’s Van Aken District, and expanded universal pre-kindergarten.

“All this did not come overnight,” Brown said. “This wasn’t a surprise surge for Shontel; Shontel has been doing the work.”

Brown will be the heavy favorite in the November general election against Republican nominee Laverne Gore, as the 11th district has leaned decisively Democratic for decades. The winner will succeed Marcia L. Fudge, who resigned in March to become U.S. Secretary of Housing and Urban Development.