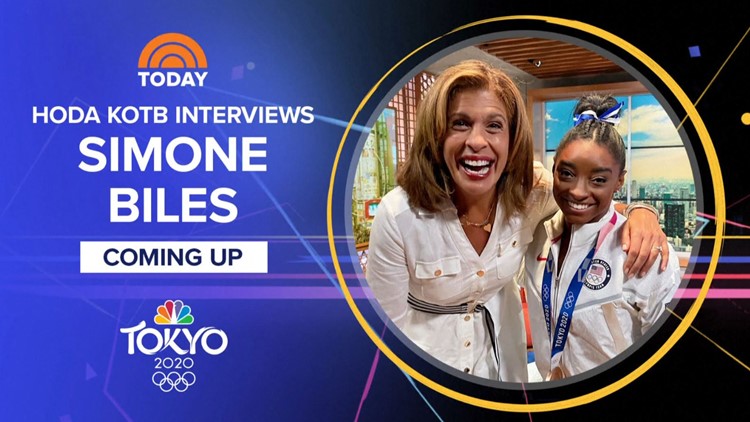 ‘I definitely am going to take some time and let this Olympics sink in because I don’t think I did that after 2016,’ Biles said Tuesday.

TOKYO, Japan — Simone Biles is leaving the Tokyo Olympics with a bronze medal after returning to compete in the balance beam finals early Tuesday morning.

Her medal-winning performance came a week after she removed herself from multiple events in the Tokyo Olympics to focus on her mental health.

Now, Biles is sitting down one-on-one with Hoda Kotb on NBC’s Today as the gymnastics star “looks back at a memorable time in Tokyo.” The conversation is set to air at 7 a.m. Wednesday morning. We will update this story with details of what was discussed during the interview.

Biles previously joined the women’s gymnastics team for a Today interview Tuesday in which she addressed her current outlook at competing in another Olympics in the future.

“I definitely am going to take some time and let this Olympics sink in because I don’t think I did that after 2016,” Biles said. “So we’ll let this sink in, we have tour after this, Gold Over America. We’ll be going to 35 cities, so I’m super excited about that. So we’ll just see.”

RELATED: Was this the last Olympics for Simone Biles? What she said after wrapping competition

3News previously reported that Biles hinted she may want to be involved in the 2024 Paris Olympics in honor of her French coaches Laurent and Cecile Landi.

Biles also talked with Today about the atmosphere in the Olympic Village after making the decision to withdraw from the events last week.

“People were still coming up to me, saying how much I’ve done for them in their world, that was just the craziest feeling ever and in that moment I was like OK, there’s more than gymnastics and medals.'”