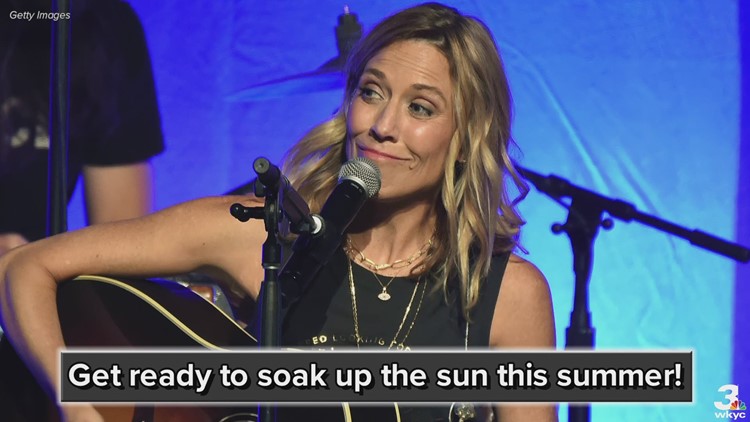 Her message comes during National Women’s Health Week, as women across the U.S. postpone their procedures during the COVID-19 pandemic.

NASHVILLE, Tenn. — EDITOR’S NOTE: The video in the player above is from a previous story.

It’s National Women’s Health Week, and the COVID-19 pandemic has led many people to put off having life-saving preventative care, checkups and screenings, including mammograms. But early detection and prevention are just as vital as ever, especially when it comes to your cancer screenings. And those can save your life.

Nine-time Grammy Award winning artist and breast cancer survivor Sheryl Crow says, the pandemic has made it easier than ever to put off those important screenings.

“One of the things we do as women is we put everyone else before ourselves. That’s one of the things that, receiving a life-threatening diagnosis like that, it will certainly make you refine your life,” said Crow.

Crow scheduled her first mammogram when she turned 40. It came back with an abnormality, and doctors told her to wait six months, then schedule another one. But Crow went ahead and had a biopsy, after something told her not to wait for another appointment.

“We tend to put everyone first, we’re too busy or we don’t want the annoyance of it or the pain that we think it’s going to cause and there’s a thousand reasons not to get a mammogram but there are so many more reasons to do it,” Crow said. “Until we have a cure, obviously early detection is our best line of defense, certainly in my case it was. And having that early detection, I think, it simplified the treatment that I would have to have. And waiting later could’ve been far worse.”

I wrote this song after I was diagnosed with breast cancer, but it seems pretty appropriate for this pandemic as well. (and let’s throw in virtual school while we’re at it). 🙅🏼‍♀️ #makeitgoaway

Crow was subsequently diagnosed with stage one invasive breast cancer, underwent treatment, and is now a survivor. She says it’s vital to get screened and know your family history.

“My message is really, not only to know your family history in the trend of your breasts but be really diligent about getting your mammogram,” she said.