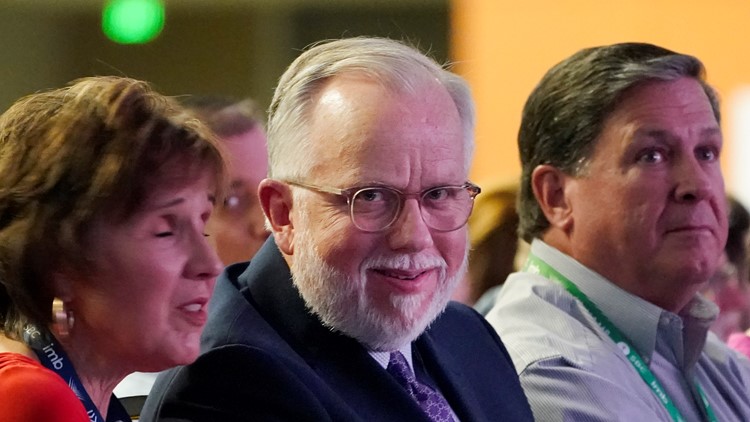 The more than 15,000 delegates in attendance picked as their next leader Ed Litton, who has worked to bridge racial divides in the church.

NASHVILLE, Tenn. — The Southern Baptist Convention tamped down a push from the right at its largest meeting in decades on Tuesday, electing a new president who has worked to bridge racial divides in the church and defeating an effort to make an issue of critical race theory.

The more than 15,000 delegates in attendance picked as their next leader Ed Litton, a white pastor from Alabama who was nominated by Fred Luter, the only Black pastor to serve as president of the United States’ largest Protest denomination. Luter praised Litton’s commitment to racial reconciliation and said he has dealt compassionately with the issue of sexual abuse within SBC churches, another hot-button subject at the gathering.

In the second round of voting, Litton defeated Mike Stone, a Georgia pastor backed by a new group called the Conservative Baptist Network, which encouraged supporters to come to the meeting as voting delegates. Mike Stone had campaigned aggressively, including speaking at churches across the country and even appearing on Fox & Friends on Tuesday before the vote.

In the end the message that Stone — who supported a motion to repudiate critical race theory — was a divisive choice, seemed to resonate with voters.