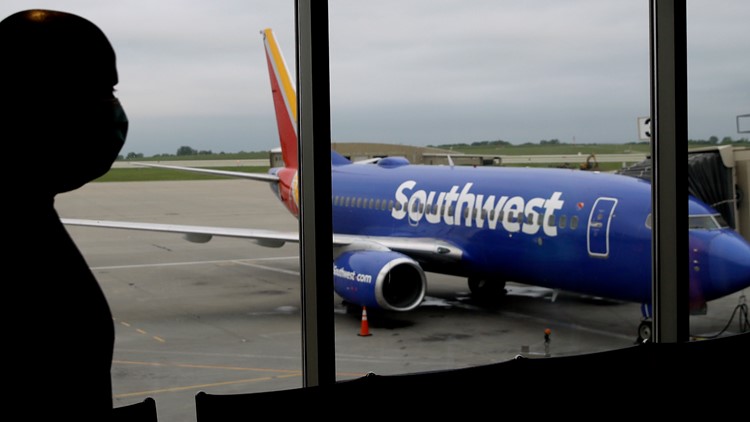 The president of the union representing Southwest flight attendants said this week her members were concerned about the plan to resume selling alcohol on flights.

DALLAS — Southwest Airlines is delaying serving alcohol again on flights after an increase in incidents of unruly passengers.

The airline was planning to resume selling alcohol next month on Hawaii flights and in July on other flights, a move that was questioned by the president of the union representing Southwest flight attendants.

“Given the recent uptick in industry-wide incidents of passenger disruptions inflight, we have made the decision to pause the previously announced re-start of alcohol service,” Southwest spokesman Chris Mainz said Friday.

Mainz said the decision might disappoint some customers, “but we feel this is the right decision at this time in the interest of the safety and comfort of all customers and crew onboard.”

The airline has not determined new dates for selling alcohol, Mainz said.

The president of the flight attendants’ union, Lyn Montgomery, said this week that there were 477 incidents of “misconduct” by passengers on Southwest planes between April 8 and May 15, and that her members were concerned about Southwest’s plan to resume selling alcohol on flights.

One incident captured on camera over the weekend involved a flight attendant reportedly having two teeth knocked out by a passenger.

A flight from Sacramento to San Diego had just landed Sunday when a flight attendant got into an argument with some passengers over masks. The flight attendant walked away, then returned a few minutes later, and that’s when the argument turned violent, according to witnesses.

Video shows the flight attendant get punched in the face by a passenger, who was arrested by law enforcement. A 28-year-old woman faces a felony charge of battery, although a police report did not mention alcohol.

How Friends’ Simplest Episode Ended Up Being Its Most Difficult To Shoot
Resident Evil Village: How Old Chris Redfield Is
Comment