Stan Lee’s forgotten mutant origin story could form an unusual template for finally bringing the X-Men into the MCU in a natural, organic way.

Stan Lee’s forgotten X-Men story could be the key to bringing mutants into the MCU. The MCU would have been very different if Marvel had rights to X-Men when they kicked things off in 2008. With Marvel lacking some of their biggest brands, they had to settle for introducing characters who had never really seen the mainstream success of mutants, and this turned out to their advantage. Soon superheroes like Thor and Iron Man were household names, preparing the way for the MCU’s continued advance into characters who will be totally new to most viewers; think the likes of Shang-Chi, the Black Knight, and the Eternals.

But Disney’s Fox acquisition means the film rights to the X-Men are now back with Marvel, and it’s only a matter of time before mutants make their MCU debut. Marvel will need to be handled with care and will be wary of distorting the shape of their shared universe and consequently damaging the sense of overarching continuity; still, Marvel’s Disney+ TV shows have been rewriting continuity with impunity, proving just how adaptable the shared universe really is.

With careful handling and skillful writing – both pretty much guaranteed from Marvel – the X-Men should be a natural fit. One possible approach is shown in Stan Lee’s forgotten first mutant story, one that preceded X-Men #1 by a year. Here’s how that idea would work out in the MCU. 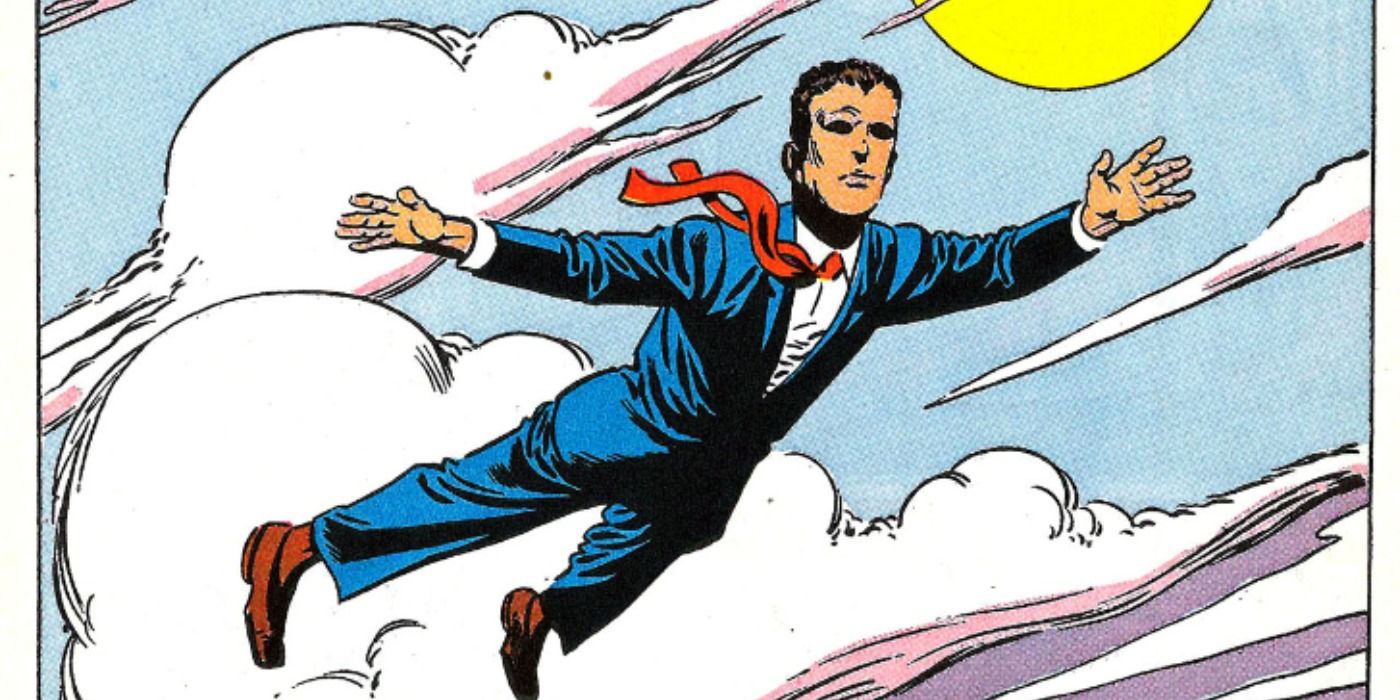 Most people assume Stan Lee came up with the idea of mutants when he was working on X-Men #1 in 1963, but in reality his first mutant short story was published a year earlier. Amazing Adult Fantasy #14 featured a story called “The Man in the Sky!” by Stan Lee and Steve Ditko, and it focused on a character called Tad Carter who had spontaneously developed telepathic and telekinetic powers. Tad was a mutant, the next step of human evolution, although it was unclear whether the mutation was natural in origin or a result of his father’s exposure to radiation; Stan Lee originally liked the idea mutants had their origin in Earth’s increased levels of background radiation due to atom bombs and nuclear power plants, explaining why he sometimes called the X-Men the “Children of the Atom.”

“The Man in the Sky!” is a character-centric story, focused solely on Tad’s own experiences as he initially attempts to use his powers for good but finds himself rejected by fearful humanity. Soon Tad is being pursued by a mob – but he is rescued when he is mysteriously levitated away by other mutants, who communicate with his mind and reveal they have been hiding away in a mysterious and unseen sanctuary, waiting for the day when humanity will have developed socially to the point where they are willing to accept those who are different.

Stan Lee seems to have intended this to be the beginning of an ongoing story, but sadly it was forgotten when Amazing Adult Fantasy was canceled due to poor sales. He forgot all about it, but the ideas must have simmered in his subconscious, finally returning when he began to work on the X-Men book (originally just called The Mutants). Lee was only reminded about “The Man in the Sky!” decades later in 1991, when one of Marvel’s editors unearthed the story and asked him about it. He frankly admitted he didn’t remember it at all.

Related: Why X-Men’s Mutants Will Work In The MCU (When Inhumans Didn’t)

The MCU faces a simple problem when it comes to introducing mutants; it has to explain why they haven’t been seen before. Stan Lee’s forgotten mutant story could provide an answer; imagine a community of mutants that has been living in secret all these years, perhaps using Cerebro technology to monitor the globe and quickly extricate new mutants before they are exposed to human prejudice. If mutants were rare rather than common, then these “abductions” would simply be written off as missing-persons cases.

It’s important to note Lee never got around to explaining exactly where this mutant community was based, and that could allow the MCU to draw upon an idea from the current comic book series. Jonathan Hickman’s X-Men relaunch has seen the entire mutant race gather on the living island of Krakoa, with hero and villain alike putting their past behind them in order to build a new mutant civilization. Unfortunately there are signs this community is beginning to schism, with Cyclops and Jean Grey reforming the X-Men as mutant heroes while Magneto contemplates changing Krakoa’s laws to allow the killing of humans once again. The best stories work because of conflict between the characters, and Krakoa is being set up as a hotbed of philosophical – and, ultimately, physical – conflict.

The Forgotten X-Men Story Could Bring Mutants To The MCU

Marvel could exploit this same idea in the MCU. Imagine a story where a new mutant develops their powers and is spirited away to the paradisiacal land of Krakoa. Unfortunately they discover a philosophical gulf is forming between rival leaders in the mutant race, some of whom believe in peace between man and mutant, others who believe mutants should rule as gods. The schism could then spill out into the open, with the rogue mutants making themselves known to humanity in order to claim what they believe to be their right of rule.

Such a story would incorporate all the classic elements of the X-Men into the MCU, including the philosophical split between the X-Men and the so-called “evil” mutants such as Magneto. But it would do so in a natural and organic way, providing a smart explanation for why the X-Men haven’t been seen in the MCU before, and why mutants haven’t been encountered by the likes of the Avengers or Black Panther. What’s more, the sudden introduction of a new race of superhumans, who claim to be the evolutionary future of humanity, would shake a world already reeling from events like Thanos’ Snap and the Blip. Stan Lee’s forgotten mutant story could easily be combined with a more modern X-Men epic to introduce a fantastic new iteration of the X-Men into Marvel’s shared universe.

More: All 7 Canceled X-Men Movies (& Why They Didn’t Happen)

DC Hints Joker Only Kills When There’s an Audience

Tom Bacon is one of Screen Rant’s staff writers, and he’s frankly amused that his childhood is back – and this time it’s cool. Tom’s focus tends to be on the various superhero franchises, as well as Star Wars, Doctor Who, and Star Trek; he’s also an avid comic book reader. Over the years, Tom has built a strong relationship with aspects of the various fan communities, and is a Moderator on some of Facebook’s largest MCU and X-Men groups. Previously, he’s written entertainment news and articles for Movie Pilot.

A graduate of Edge Hill University in the United Kingdom, Tom is still strongly connected with his alma mater; in fact, in his spare time he’s a voluntary chaplain there. He’s heavily involved with his local church, and anyone who checks him out on Twitter will quickly learn that he’s interested in British politics as well.