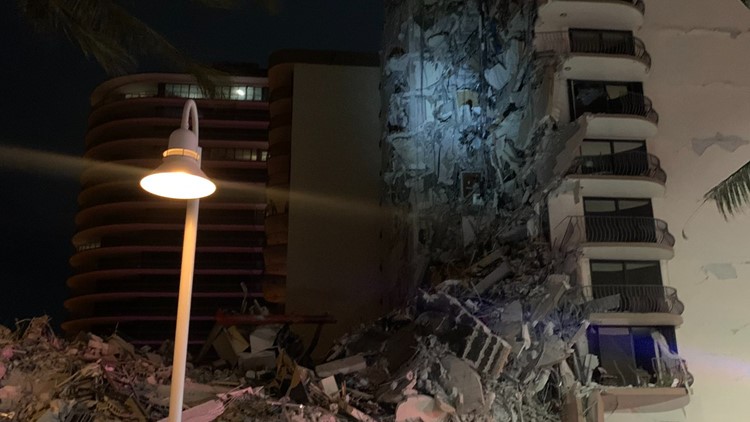 CBS News reports that at least one person is dead as people are being rescued from the building.

MBPD and @MiamiBeachFire are assisting the Town of Surfside at a partial building collapse located at 8777 Collins Avenue in Surfside, Florida. Multiple police and fire agencies from across Miami-Dade are assisting. Please follow @MiamiDadeFire for updated information. pic.twitter.com/8tORIfZfjY

The collapse has caused a massive emergency response with multiple fire and police crews on scene 8777 Collins Avenue, including more than 80 Miami-Dade Fire Rescue units, the department says.

The Miami Herald reports that the address is the beachfront, 12-story Champlain Towers, a residential condo building built in 1981 with more than 100 units.

Photos and videos from the scene show piles of rubble.

The department has not yet said what may have caused the collapse near 88th Street and Collins Avenue.

This is a developing story. Stay with 10 Tampa Bay for updates.