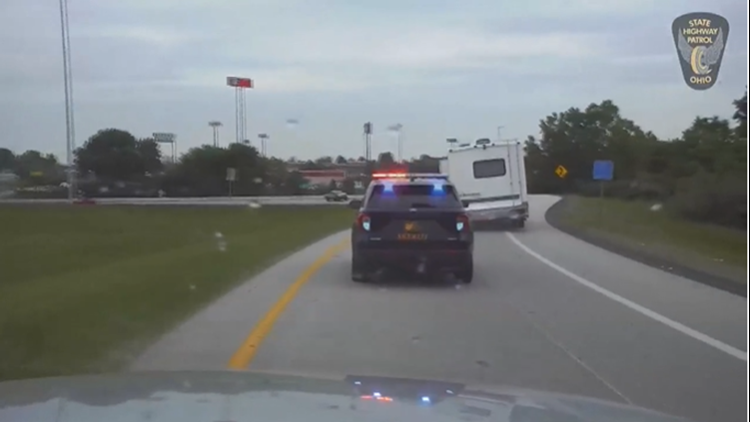 Witnesses reported seeing the suspect trying to break into vehicles on Greensburg Road in Green around 10 a.m., and just as a deputy arrived he apparently fled in a speeding RV that had doors open and a power cord dangling behind. He refused to stop the motor home despite officers using tire deflation devices, and he even struck multiple other vehicles (including some used by law enforcement) during the pursuit.

With the RV now driving through at least two backyards on Briarwood Way, it eventually got stuck in the grass, and the driver attempted to run away on foot. County and state authorities were able to finally arrest him thereafter.

The suspect has been identified as Green resident Randy H. Schiffbauer. He is currently being held at the Summit County Jail.

No one was hurt in the incident, which remains under investigation.