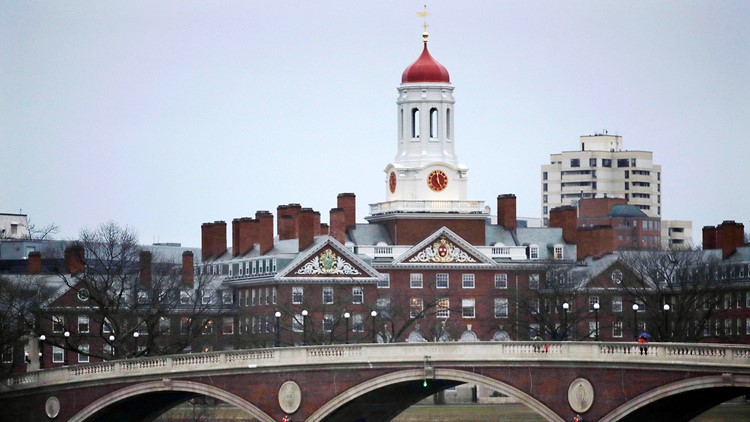 Abigail Mack’s essay, which talks about how she grappled with the word ‘parent’ but without the ‘s,’ has been shared by millions of people.

Millions across social media are sharing a video by an 18-year-old, reading part of the essay that helped to get her accepted into multiple universities, including Harvard. It focuses on the letter “s” and how that letter has impacted her after she lost her mother to cancer.

“I hate the letter ‘S,'” reads the start of Abigail Mack’s essay, which she shared in a TikTok video that has been widely shared. “Of the 164,777 words with ‘S,’ I only grapple with one. To condemn an entire letter because of its use .0006 percent of the time sounds statistically absurd, but that one case changed 100 percent of my life. I used to have two parents, but now I have one, and the ‘S’ in ‘parents’ isn’t going anywhere.”

Mack, who Fox News reports is from Brockton, Mass., noted that as she wrote the essay, the spelling and grammar website Grammarly told her that she was using the word “parent” wrong. “Even Grammarly assumes that I should have parents, but cancer doesn’t listen to edit suggestions. I won’t claim that my situation is as unique as one in 164,777, but it is still an exception to the rule — an outlier. The world isn’t meant for this special case.”


Mack wrote about how she distracted herself from having to think about losing her mom by filling her time with extracurricular activities.

“You can’t have dinner with your parent…if you’re too busy to have family dinner,” she wrote. “I couldn’t fill the loss that ‘S’ left in my life, but I could at least make sure I didn’t have to think about it. There were so many things in my life I couldn’t control, so I controlled what I could — my schedule.”

The letter went into more detail about what new activities she focused on, particularly academics, theater and politics.

“I stopped running away from a single ‘S’ and began chasing a double ‘S’ — passion. Passion has given me purpose,” Mack wrote.

The essay helped her get acceptance letters from Harvard, Notre Dame (which sent her Notre Dame Parent memorabilia), Northwestern and Dartmouth.

Mack recorded videos on TikTok reciting her essay. BuzzFeed reports they have been seen by more than 19 million people.