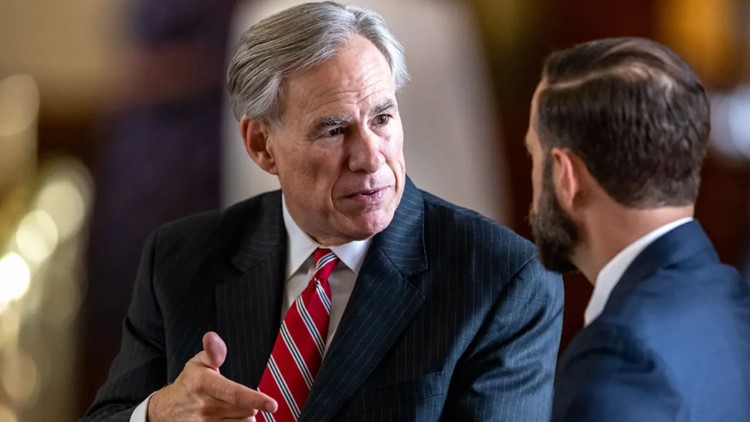 “No pay for those who abandon their responsibilities,” Abbott tweeted Monday.

TEXAS, USA — Gov. Greg Abbott said Monday he would veto the section of the state budget that funds the Legislature, hours after a Democratic walkout killed his priority elections bill.

“No pay for those who abandon their responsibilities,” Abbott said in a tweet. “Stay tuned.”

I will veto Article 10 of the budget passed by the legislature.

No pay for those who abandon their responsibilities.

Late Sunday night, enough Democrats left the House to break a quorum and block passage of the elections bill, Senate Bill 7, before a midnight deadline. Calling the bill’s failure “deeply disappointing,” Abbott quickly made clear he would call a special session to get it passed, though he has not specified a timeline.

Abbott’s tweet referred to Article X of the budget, which pays not only lawmakers and staff but also funds legislative agencies, such as the Legislative Budget Board. The budget covers the fiscal year beginning Sept. 1.

SB 7 was one of Abbott’s emergency items, as was another proposal that died Sunday that would have made it harder for people arrested to bond out of jail without cash.

“We will be back — when, I don’t know, but we will be back,” Phelan told members. “There’s a lot of work to be done, but I look forward to doing it with every single one of you.”

This story was originally published at TexasTribune.org. The Texas Tribune is a nonprofit, nonpartisan media organization that informs Texans — and engages with them — about public policy, politics, government and statewide issues.