Home » The effectiveness of vaccine incentives 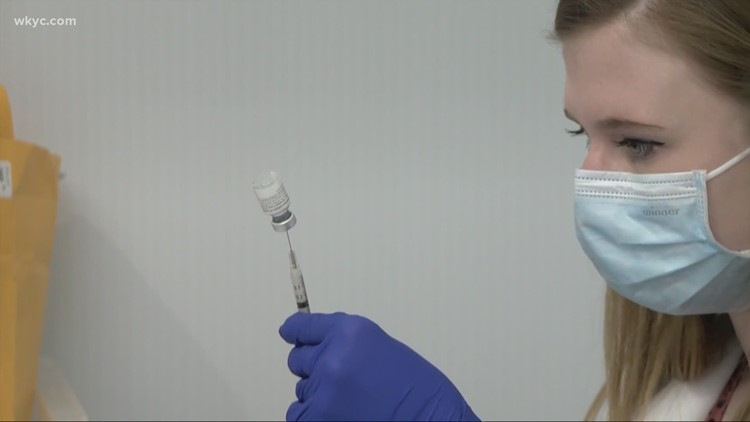 The vaccination rate has increased in every county in Ohio since the lottery announcement, but does it deserve all the credit?

CLEVELAND — Abbey Bugenske gave every vaccinated Ohioan a reason to dream when she was announced as the first winner of the $1 million Vax-a-Million contest.

“I was completely surprised when I got the call, and I still can’t believe it,” she said at a Thursday press conference.

The Shaker Heights native gave everyone a glimpse of what it would be like to win and planted the thought that it could happen to them. Now, as the wishful thinking ahead of next week’s drawing begins, how many are thinking about how to spend the money?

The answer is a lot more than there were several weeks ago, but it’s not all due to the money incentive.

“Whether or not that was actually the thing that brought them in, I think it was top of mind for a lot of people when they came in and sat in the chair,” Dr. Michelle Medina, Associate Chief of Clinical Operations for Community Care at the Cleveland Clinic, told 3News.

The Clinic says vaccination numbers were declining before the lottery announcement, but began to increase afterwards. However, the data is a little murky, since that was also when the Pfizer vaccine was approved for 12-15-year-olds.

“I think it was sort of the double effect of having the kids come in and their parents come in, then, all of a sudden, it actually picked up again,” Medina said.

It’s a similar story all over the state: When comparing the 12 days prior to the lottery announcement to the 12 days after, new COVID-19 vaccinations are up in every county in Ohio. The biggest rise came in Lawrence County, which shot up almost 150%. The smallest increase was around 9% in Knox county.

Here locally, everywhere from Lorain, Medina, Lake, Summit and Cuyahoga counties all saw somewhere between a 38%-55% jump. Geauga County had one of the largest moves in the region at 76%.

But if some of the increase is due to expanding the eligible ages and some were nudged with the money incentive, what’s the next change coming that could move the needle to more arms?

“We really have to get down to the neighborhood level,” Medina explained.

The vaccine has become available at more neighborhood pharmacies all the way down to a barbershop. Starting next week, the Cleveland Clinic will make vaccines available during primary care appointments at several locations. The idea is that, whether you’re coming in for a physical or a sniffle, you could get vaccinated while you’re there.

“If you’re going to be at your doctor’s office any time this summer or the fall for something else, a lot of practices in our big family health centers will now have the ability to offer you the vaccine at the same time,” Medina said. “Incentives are one thing, but I think we need to try to get this into people’s arms where they are. Meeting them where they are is going to be really important.”

Medina says after the convenience factor, the next big jump in vaccination rates could come with the next age group becoming available: below 12 years old. She adds that, by everything she’s seeing, that should be approved by the fall.