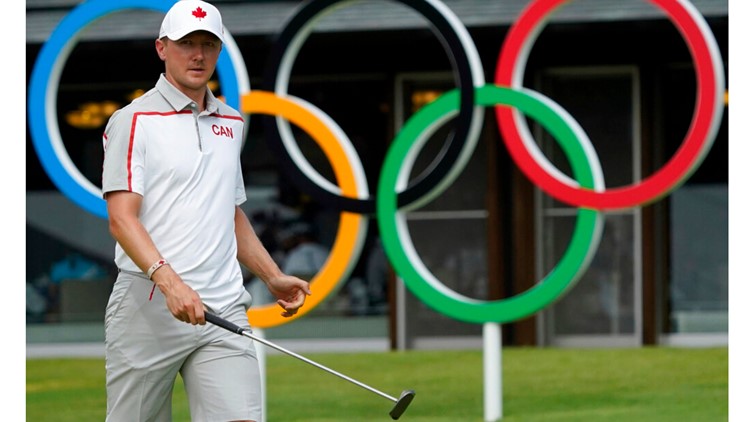 TOKYO, Japan — Editor’s note: Video in the player above was originally published in an unrelated Olympics story.

A pair of Canadian golfers competing in the Tokyo Olympics starting Wednesday night have ties to Northeast Ohio as both are graduates of Kent State University.

Both will tee off as follows…

You can watch them both compete live HERE.

Conners, of Listowel, Ontario, graduated from Kent State in 2014 with a degree in actuarial mathematics, according to Team Canada.

“As a sophomore with the Golden Flashes in 2012, he won the MAC Championship and placed fourth at the NCAA Championships, the best finish in school history,” according to his bio on Team Canada’s site. “He was named MAC Golfer of the Year and an Honorable Mention on the All-American list. As a junior he won the Gopher Invitational and was a Third-Team All-American. In his senior season he won the MAC Championship for the second time and won the Gopher Invitational to become the only back-to-back winner at the event. He won the 2014 Merle Wagoner Award as Kent State’s outstanding male athlete and finished his collegiate career as a two-time Academic All-American.”

Hughes, of Dundas, Ontario, graduated from Kent State in 2012 with a degree in business management, according to Team Canada.

“Hughes played collegiately at Kent State for three years,” according to his bio from Team Canada. “He won the 2011 MAC Championship with the Golden Flashes and over his career was a MAC Freshman of the Year and two-time GCAA All-American Scholar.”

RELATED: Tokyo Olympics boxing: When to watch Cleveland’s Delante ‘Tiger’ Johnson and Toledo’s Oshae Jones fight in the next round