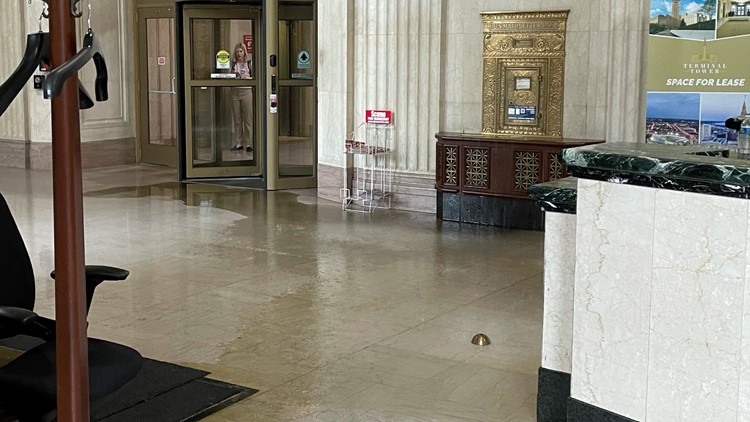 CLEVELAND — Editor’s Note: The above video is from previous reporting on this story

In a statement to 3News, Tower City’s owner Bedrock announced the following:

Following yesterday’s water leak, which Bedrock has confirmed originated within a neighboring property, repairs continue on affected areas of the mall. Two affected businesses located on Level M1 will be closed until further notice and we encourage visitors to please directly contact businesses within Tower City Center for the most up-to-date hours of operation.”

Video shared to social media from Brooke Miller and Andrew Schriver on Monday revealed impact of the water leak and the resulting damage.

Additional water damage was captured by 3News in this video from Monday: