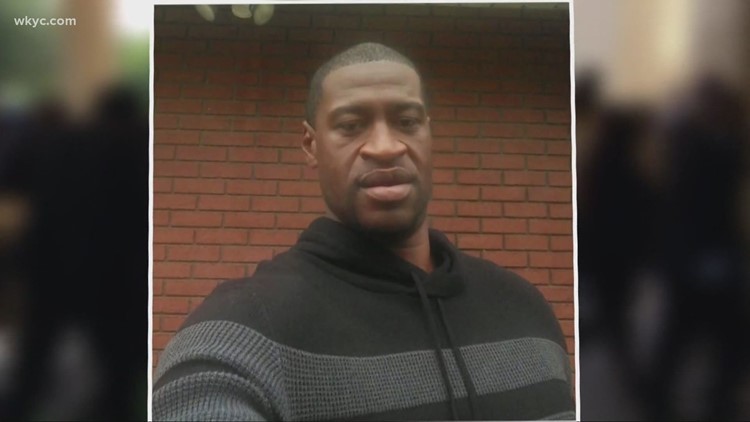 Can the racial disconnect between law enforcement and communities of color be bridged? That’s what two of Floyd’s family members were asked Thursday.

CLEVELAND — The killing of George Floyd shined a spotlight on race and the disconnect between law enforcement and communities of color. On Thursday, a Cuyahoga Community College webinar took place regarding Floyd — the man, the impact his death had on America and the world, and whether we can overturn centuries of racial injustice.

“We [were] poor, we had outdoor plumbing, we didn’t have any electricity, we had a well, so we all knew about hard times,” Floyd’s aunt, Angela Harrelson, told attendees.

To get an idea of who George Floyd was, the webinar started with a look back at his early days growing up in poverty with a single mom. His family called him by his middle name, Perry.

“Perry was fun-loving,” Harrelson said. “He was the type of kid who smiled all the time.”

Princeton scholar and activist Nyle Fort served as moderator, saying he wanted to humanize George Floyd by inviting Floyd’s Aunt Angela and Uncle Selwyn to punctuate the nature and magnitude of the family’s devastating loss.

“The minute I walked into that living room, there it was,” Harrelson exclaimed. “The time that I walked in there is when I heard the words ‘I can’t breathe’… and I remember saying ‘Perry!'”

“He was breathing about 2% oxygen in his body, and he fought like hell to live,” Floyd’s uncle Selwyn Jones added. “He did not want to die.”

Floyd’s death sparked the largest nationwide protest in American history, and brought to the forefront racial bias communities of color feel has existed in law enforcement for centuries.

“I hate seeing people getting controlled and brutalized by people that are supposed to help us, and we’re just getting over the Breonna Taylor situation,” Jones said.

So, what can be done? Can racial and socio-economic disparities in American culture and law enforcement be eradicated? Is that even a realistic goal?

“I call them slave patrols… the police,” Harrelson remarked. “That’s the kind of act they have against Black and brown people – slave patrols.”

“We’re still fighting like hell,” Jones said. “Like my nephew, he fought like hell. But we need the young people to make a stand, because you are the ones to make a change.”

Nyle Fort says continuing to rise up against racist acts and personally focusing on everyday ways each of us can confront our own biases is the key to making headway in the fight against racial injustice.