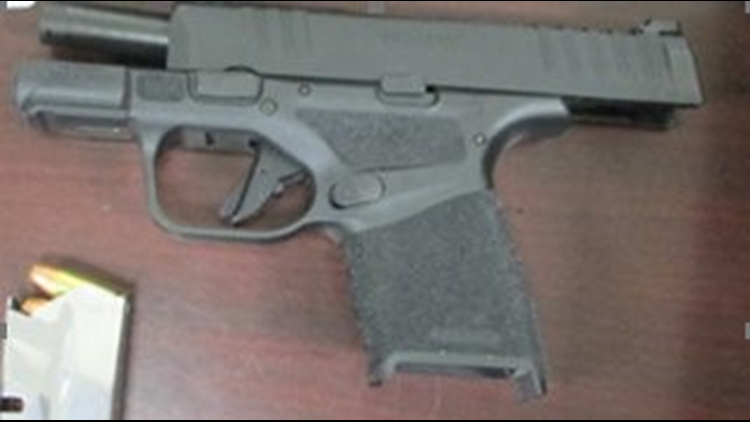 A typical first offense penalty for carrying a loaded handgun into an airport checkpoint is $4,100.

NORTH CANTON, Ohio — Editor’s Note: The above video is from a previously published story

Officers from the Transportation Security Administration (TSA) intercepted a loaded gun before it could make its way onboard an airplane at Akron-Canton Airport (CAK) Monday.

According to TSA officials, the gun seized Monday morning is the third firearm detected at CAK this year, equal to the total stopped in all of 2019. Four firearms were detected at CAK checkpoints in 2020.

The incident occurred around 8:15 a.m. TSA officials immediately alerted the Summit County Sheriff’s Department. The firearm was loaded with 13 rounds, with none in the chamber. Officers responded to the checkpoint, confiscated the weapon, and escorted the passenger away for further questioning.

The passenger had a valid Ohio concealed carry permit and told officers he didn’t realize his firearm was in the bag.

TSA issues civil penalties to travelers who bring guns to a checkpoint. A typical first offense for carrying a loaded handgun into a checkpoint is $4,100. Passengers are permitted to travel with firearms in checked baggage if they are unloaded, packed separately from ammunition in a locked hardback case and declared at the airline check-in counter.

“We want people to be prepared for the checkpoint experience before they leave for the airport,” Ohio TSA Federal Security Director Donald Barker said in a statement. “The most important thing travelers can do to contribute to an efficient screening process for everyone is to keep firearms and other prohibited items out of their carry-on bags.”