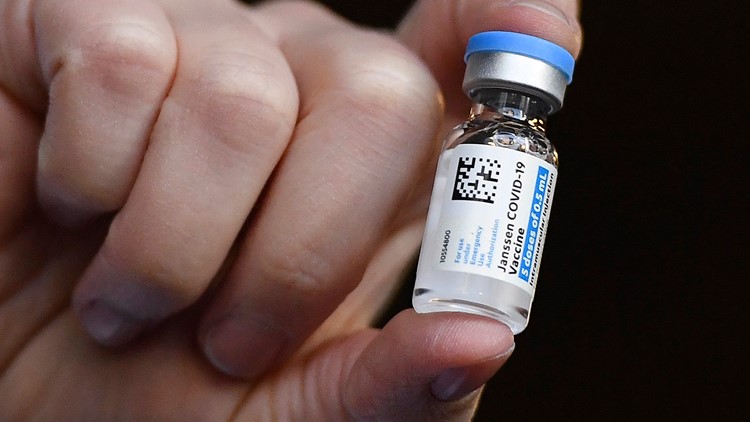 The FDA announced that it had determined that two batches from the plant could be released. But it said several other batches are not suitable for use.

WASHINGTON — U.S. regulators are allowing for the release of 10 million doses of Johnson & Johnson’s COVID-19 vaccine from a troubled Baltimore factory, but material to make many more must be thrown out because of possible contamination, a person familiar with the decision told The Associated Press on Friday.

The Food and Drug Administration announced that it had determined that two batches from the plant could be released. But it said several other batches are not suitable for use and additional batches are still under review.

A second person familiar with the decision confirmed that it would allow for 10 million doses to be released. Both people spoke to the AP on condition of anonymity because they weren’t authorized to release details about it.

The doses originated at an Emergent BioSolutions factory, known as Bayview, that is making the vaccine for J&J. Those doses would be the first from the factory approved for use. J&J doses that had been administered came from other plants.

Emergent is one of several contractors for J&J that produces its one-shot vaccine in bulk. The concentrated vaccine then is shipped to other factories for final steps, including diluting them to the correct strength, putting them in vials and packaging them up.

Roughly 100 million doses made from bulk vaccine produced at Emergent’s factory had been set aside for additional testing by FDA staff after factory employees accidentally contaminated a batch.

That contamination led the FDA to shut down the factory in mid-April and send in a team of inspectors. They spent a week going through the factory and reviewing security camera footage that showed employees carelessly handling vaccine materials. The inspectors reported unsanitary conditions, poorly trained employees and other problems.

The lapses have hampered J&J’s efforts to be a major player in vaccinating people, particularly in remote areas and poor countries, given that it’s the only drugmaker with an authorized vaccine that only requires one dose and standard refrigeration.

The problems forced J&J to import millions of doses from its factory in the Netherlands and to miss supply commitments.

Emergent’s factory had a history of FDA citations for problems including mold, dirty walls and floors, poorly trained employees and an inadequate strategy to prevent contamination, yet it was given a huge role in COVID-19 vaccine production by the Trump administration. Emergent was handed a lucrative contract to make many millions of COVID-19 vaccines for both J&J and AstraZeneca at the Bayview factory.

Emergent’s chief executive has blamed the contamination and other problems on the complexity of scaling up the factory in just months to make two different vaccines.

The Biden administration is working to find a different American manufacturing partner for the British drugmaker, which has yet to request authorization to distribute it in the U.S.