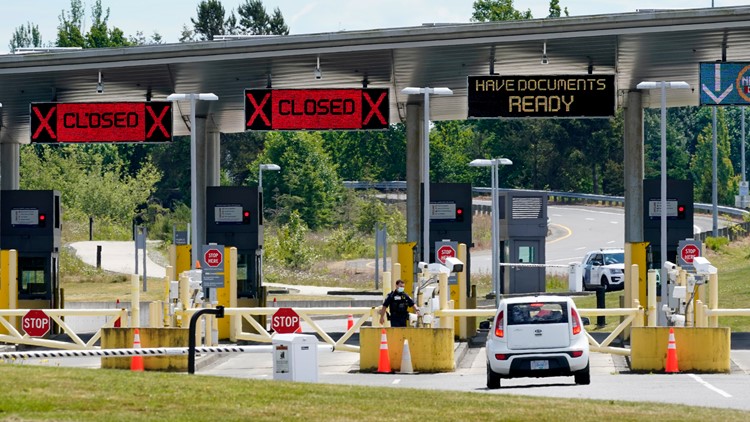 The latest 7-day average of new COVID-19 cases in the U.S. is currently 114,190, according to the Centers for Disease Control and Prevention.

SEATTLE — The U.S. extended its border restrictions with Mexico and Canada through at least Sept. 21, according to the Department of Homeland Security (DHS).

In a tweet Friday morning, DHS said the extension is to minimize the spread of COVID-19, especially the delta variant.

The restrictions were supposed to end on Aug. 21 before Friday’s announcement was made. The extension comes just 12 days after Canada opened its border to vaccinated Americans on Aug. 8.

“In coordination with public health and medical experts, DHS continues working closely with its partners across the United States and internationally to determine how to safely and sustainably resume normal travel,” DHS said in a statement.

Many Washingtonians and businesses, especially those in the northern part of the state, will be disappointed by the news.

Washington lawmakers like Congresswoman Suzan DelBene and Senators Maria Cantwell and Patty Murray have been lobbying DHS to open the border or make exemptions for places like Point Roberts, but their efforts have apparently failed with word of the extension.

Point Roberts is surrounded by water on three sides and shares its only land border with Canada. The extended closure has been hard on residents and local businesses. The community’s only grocery store nearly closed due to the border closure.

Murray said she would continue pressing the Biden administration for a border exemption for Point Roberts “until we get this matter resolved.”

The highly transmissible COVID-19 delta variant has been blamed for the spike in cases in Washington and across the country, along with the tens of millions of Americans who are still unvaccinated against the disease.

The latest 7-day average of new COVID-19 cases in the U.S. is currently 114,190, according to the Centers for Disease Control and Prevention, despite more than 72% of adults having at least one dose of the vaccine.

According to Canada’s COVID-19 data page, nearly 83% of the country’s eligible population has received at least one dose of the vaccine. In the last six days, the country has seen 10,864 new cases.