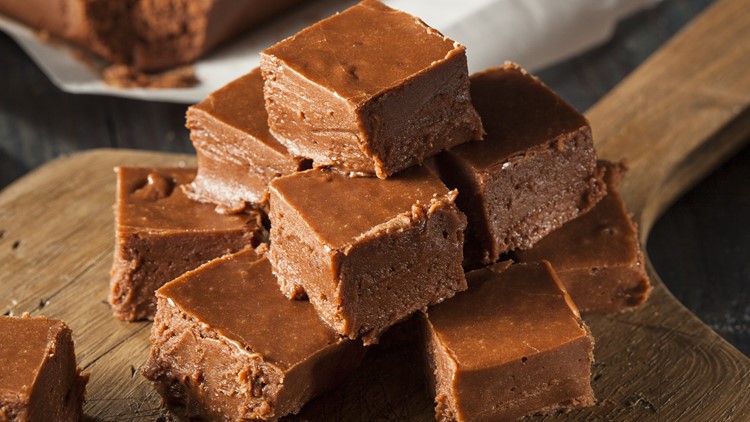 It’s bringing people smiles, more than a year after she passed away.

LOGAN, Utah — A loving grandmother is going viral – a year and a half after she passed away.

Kathryn “Kay” Andrews was a sweetheart. Part of her grave reads “where ever she goes, there’s laughter.”

According to KTVX in Utah, it’s the rear of her headstone at Logan City Cemetery in Utah that’s drawing attention on social media in 2021 for the special message it left behind. The grave lays out her recipe for fudge, a treat she was an expert at making.

Kay used to write poetry and bring the fudge to gatherings, her daughter told KSTU.

As for how the headstone came to be, KSTU reports Kay’s longtime husband died in 2000, and she decided her fudge recipe was something she’d like to share with him on their headstones at the cemetery. Thus, she was actually aware of how many smiles the recipe on the grave was already bringing – even before she died in 2019.

The shared headstone has gotten some attention before, but there’s been a surge in its popularity recently. Perhaps people are looking for something sweet after such a rough year.

A 97-year-old lady named Kay died in Utah a while back and what she wanted on her tombstone was her recipe for fudge. That must be some fudge.

“I think she would be thrilled that people can have a taste of her recipe,” her youngest grandchild, Emily, told KTVX. “That’s what she was all about, sharing with people, so I think she would love it.”

You can read the recipe below. According to KSTU, the original headstone actually had a typo that called for a tablespoon of vanilla instead of a teaspoon. That’s been corrected to avoid runny fudge, the station explained.

A Utah woman who died at the age of 97 chose to include her signature fudge recipe on her headstone.

Read about her whirlwind romance with her husband during WWII: https://t.co/MhglxGCzJD pic.twitter.com/H6FfHaxiR5