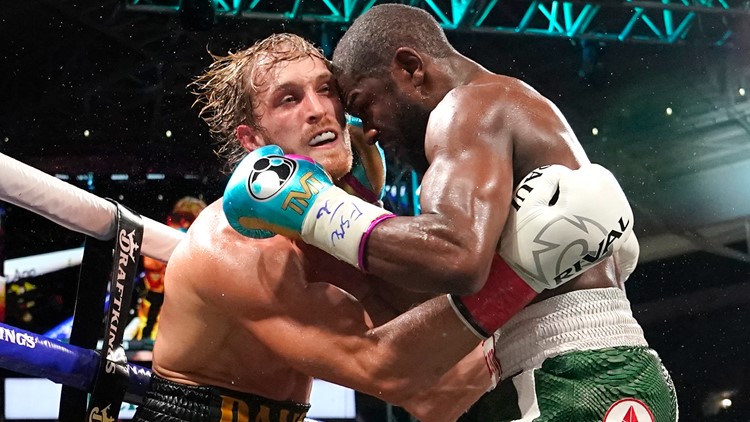 A viral video shows Floyd Mayweather holding up a seemingly knocked out Logan Paul to extend their fight on Sunday night.

But according to a viral video making the rounds on Monday, perhaps there should have been.

Due to the exhibition nature of Sunday night’s event, the match between Mayweather and Paul wasn’t officially scored by judges. So despite the 44-year-old Mayweather landing 15 more punches despite throwing 110 fewer than the 26-year-old Paul, the highly anticipated matchup — at least for some — finished without an official winner as both fighters lasted the entirety of the eight-round contest.

At least that seemed to be the case.

In a video posted to Twitter on Monday and retweeted more than 15,000 times, Mayweather appears to knock Logan out before strategically catching him and holding him to extend the fight. While the exhibition wasn’t officially scored, knockouts were permitted and would have resulted in a victory.

While the initial tweet was taken down due to copyright claims, the clip was later reposted in its original form, which you can view below.

Why would Mayweather intentionally walk away from what appeared to be a knockout victory? One prevailing theory has emerged.

Never one to be afraid to maximize his payday, Mayweather has a history of calling his shot by betting on himself to win via a specific method in a specific round in order to maximize his odds, especially against less skilled boxers. Such was the case during his 2017 super-fight with UFC star Conor McGregor, in which Mayweather reportedly unsuccessfully attempted to place a $400,000 bet that he’d win in less than 9.5 rounds.

In other words, if Mayweather found a way to bet on himself to knockout Paul in a specific round, perhaps the viral video shows him doing so too early before keeping his bet alive. Or maybe he simply wanted to keep the fight going for entertainment value in order to maximize the potential of future such fights.

Either way, the video in question certainly seems suspicious. But like all things Mayweather vs. Paul, it’s found a way to keep people talking.