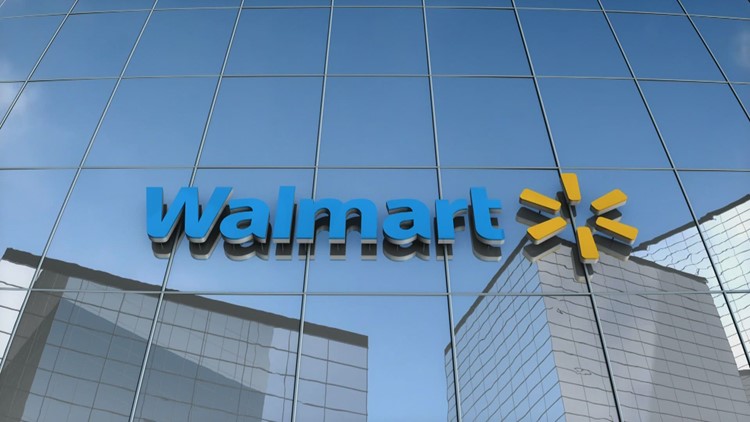 OSHA has not cited the nation’s largest retailer, Walmart, despite employee complaints, illnesses and deaths.

Sandra Kunz had been worried for her safety while working as a cashier at a Walmart in Aurora, Colorado, during the pandemic, said her sister, Paula Spellman.

The 72-year-old had lung disease, Spellman said. She was “uncomfortable because so many people (were) coming in with coughs.”

But Kunz didn’t complain to the government agency tasked with protecting workers, the Occupational Safety and Health Administration.

“Sandy’s not a complainer,” Spellman said. “She went out and just purchased her own mask and her own gloves.”

It wasn’t enough. On April 20, 2020, Kunz died from COVID-19 following an outbreak linked to the Aurora Walmart. At least 18 employees got sick and one other worker at Walmart, Lupe Aguilar, died. So did Kunz’s husband, Gustavous, who Spellman said fell ill after she did.

The Walmart where Kunz worked was one of at least 151 Walmart facilities in 10 states with available data where multiple COVID-19 illnesses were recorded, a reporting consortium led by the Howard Center for Investigative Journalism found. On average, one quarter of the company’s stores and distribution centers in those states were affected. In New Mexico, COVID-19 hit nearly every store.

Walmart, the nation’s largest private employer, provides a window into OSHA’s performance during the pandemic. Many of the retailer’s nearly 1.6 million U.S. workers are vulnerable to COVID-19 due to income disparities, racial discrimination or language barriers. They depend on OSHA to guarantee safe and healthy workplaces.

Responsibility is splintered among federal OSHA, state agencies and even local boards of health. As a result, there is little accountability for the failure of government watchdogs to keep workers safe from COVID-19.

The consortium documented that worker safety oversight rarely results in meaningful consequences for companies that aren’t protecting workers. In Massachusetts, Walmart challenged OSHA’s investigation into the death of a worker. The company cited OSHA’s pledge to “use discretion” in holding certain employers responsible for COVID-19 cases in the workplace, and wasn’t penalized.

When workers submit COVID-related complaints to OSHA, only a fraction lead to inspections, and even fewer result in a citation.

As of late March, 3% of closed COVID-19 complaints to federal OSHA offices deemed valid by the agency resulted in an inspection, 12.5% of which led to citations. The average penalty was $13,000; OSHA reduced over a third of the fines.

For Walmart, slightly fewer complaints resulted in inspections — 2.6%. No inspections led to a citation.

The Biden administration proposed an emergency temporary standard April 26 that would give OSHA greater power to enforce COVID-19 workplace-safety rules. Meanwhile, the cost of the 14-month delay since the pandemic began can be tallied in deaths and thousands of worker illnesses.

In Grants Pass, Oregon, in 2020, Walmart workers and customers filed over 24 complaints about the lack of COVID-19 safeguards with the state worker-safety agency. Yet, between December and March, at least 18 people were infected in an outbreak linked to the Walmart.

Karla Holman worked customer service at that Walmart until late January and heard about cases through workplace rumors, never from her employer. Walmart “was silent about it,” Holman said.

Walmart spokesperson Scott Pope said “we communicate with associates in stores where there has been a confirmed case.”

“Any time you operate more than 5,000 facilities across the country there is the opportunity for variance in how a recommended process is executed,” he said.

Since April 2020, OSHA has released an updated list, including company names, of complaints related to COVID-19 that the agency has deemed valid. In Colorado, approximately 98% of workplaces with reported COVID-19 outbreaks did not appear on that list as of March.

Twenty-one states have their own OSHA plans overseeing private businesses. They must meet all the federal standards but can impose stricter rules if they choose.

In those states, the rate of complaints was five times higher than in states where the federal government exclusively oversees workplace safety.

More complaints don’t guarantee more inspections. In Oregon, which is among the states with the most COVID-19 complaints for Walmart, only one complaint led to an inspection. As of March 24, at least 10 Walmart locations in the state were linked to outbreaks with over five cases, including a Hermiston distribution center linked to 124 recorded cases, the consortium found.

A study in Occupational & Environmental Medicine, a peer-reviewed journal, found that infection rates were significantly higher at a grocery retail store than the surrounding community. Moreover, it said store workers who had direct contact with customers were five times more likely to contract COVID-19 than workers who did not.

Rebecca Reindel, the AFL-CIO’s director of occupational safety and health, said the public-health response focused on “cheaper measures,” such as masks and hand sanitizer, which shifted the burden of protection onto workers themselves.

It is difficult to know the full extent of COVID-19 in Walmart stores. The company tracks, but does not publicly disclose, COVID-19 cases. Federal OSHA does not track COVID-19 outbreaks. And state agencies responsible for tracking outbreak data rarely disclose it.

When they do, state practices vary widely. Only some release names of companies with COVID-19 outbreaks, and there is no consistent definition of how many cases constitute an outbreak.

Of 10 Walmart employees in five states interviewed by the Howard Center, just three said they felt safe from COVID-19 exposure at work.

Some workers said they face retaliation if they complain about safety conditions.

Lorinda Dudley was fired from a St. Albans, Vermont, Walmart in March 2020 after asking her manager for protective gear, according to a lawsuit she filed against Walmart in February. She was frightened after a customer coughed repeatedly at her checkout station.

Dudley said her manager rejected her requests, then terminated Dudley when she said she would need to buy her own protection before returning to the register. Walmart tried to block Dudley’s unemployment claim, saying she quit, Vermont Department of Labor records show.

“I just wanted to be safe,” Dudley said.

Federal OSHA has “no consistent means” to determine if violations reported by state plans are COVID-related, a U.S. Department of Labor spokesperson, who would not be quoted by name, told the Howard Center.

As a result, there is no detailed national picture of how well the agency is protecting workers during the pandemic.

OSHA’s inaction has shifted some enforcement responsibilities onto local health departments, many of which are already overwhelmed.

The Department of Labor spokesperson said OSHA investigates every complaint, but has modified its approach to allow “remote inspections and informal methods of enforcement” during the pandemic.

A February report from the Department of Labor’s Office of Inspector General compared OSHA results from 2019 to 2020, finding “OSHA received 15% more complaints in 2020, but performed 50% fewer inspections.”

In lieu of on-site workplace inspections, “OSHA calls the employer, describes the alleged hazard(s), and then follows up with a fax, email, or letter,” the report said.

During the second week of April 2020, Lee wasn’t feeling well, Eklund said. On April 20, her daughter said Lee was found unresponsive in her apartment, then was rushed to the hospital and put on a ventilator. She died May 3.

OSHA records from May 7 show at least 16 other workers there also contracted COVID-19.

Walmart denied responsibility for Lee’s death and contested her family’s claim for workers’ compensation, according to state records. Pope said “there isn’t a way to scientifically show that the conditions of any facility definitively led to confirmed cases.”

Eklund said the company settled months after her mother’s death for an amount that barely exceeded her funeral costs.

Lee’s death also triggered an on-site OSHA inspection beginning May 8, 2020 at the Quincy store, which Walmart challenged, according to OSHA inspection records obtained by the Howard Center consortium.

The records show phone interviews were “interrupted and stopped prematurely” by Walmart officials when OSHA asked questions about Lee’s death.

In response to a subpoena issued by regional OSHA investigators, Walmart cited OSHA headquarters’ own COVID-19 guidance in objecting to any investigation into whether coronavirus cases were work-related, the records show.

That guidance, part of an April OSHA enforcement memo, applied to private employers not involved in health care, emergency response nor corrections.It said the employers may face difficulty in determining whether employees with COVID-19 caught it at work, and so OSHA would exercise “enforcement discretion.”

On Dec. 30, 2020, OSHA closed its investigation of the Quincy Walmart. A Department of Labor spokesperson said “the inspection identified no violations of OSHA standards” and declined further comment. Records show no citation was issued.

In a February note to associates, John Furner, CEO and president of Walmart U.S., boasted about the company’s “amazing” increased sales.

“Thank you for an incredible year!” he wrote.