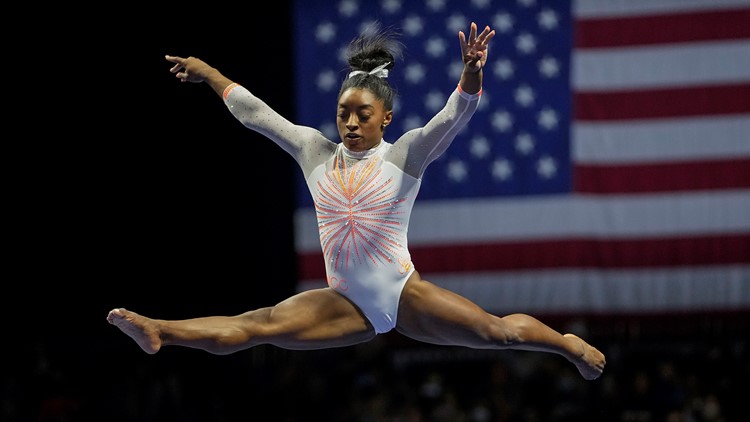 No woman has ever landed the Yurchenko double pike in a gymnastics competition until Simone Biles did it Saturday.

Simone Biles has made history — again.

The favorite to again win the women’s all-around gymnastics gold at the Tokyo Olympics became the first woman to land the Yurchenko double pike during the vault in competition. She did it Saturday at the U.S. Classic.

The Yurchenko double pike is a roundoff onto the springboard, a back handspring onto the vault and ends with a piked double backflip to the landing.

Biles had so much power behind the vault, not only did she easily make it all the way through, she over-rotated and had to hop backward on one foot when she landed so that she wouldn’t fall.

“Yesterday, Simone told us that she likes to let her gymnastics speak for her,” Olympic champion and NBC analyst Nastia Liukin said. “Well, the queen has definitely spoken.”

THE QUEEN HAS SPOKEN 👑

The four-time Olympic gold medalist has been dropping tease videos of herself practicing the Yurchenko double pike dating back to February 2020. Last month, Biles confirmed she planned to debut the vault before the Tokyo Olympics.

A practice video on Friday was the preview that got gymnastics fans excited for Saturday.

To have a move named for a gymnast, she must land it in a major competition such as a world championship or the Olympics. So, expect this to show up in Tokyo even though gymnastics analysts say she is good enough to win without it.

Biles already had four moves named for her going into Saturday — on on the vault, one on balance beam and two in the floor routine.