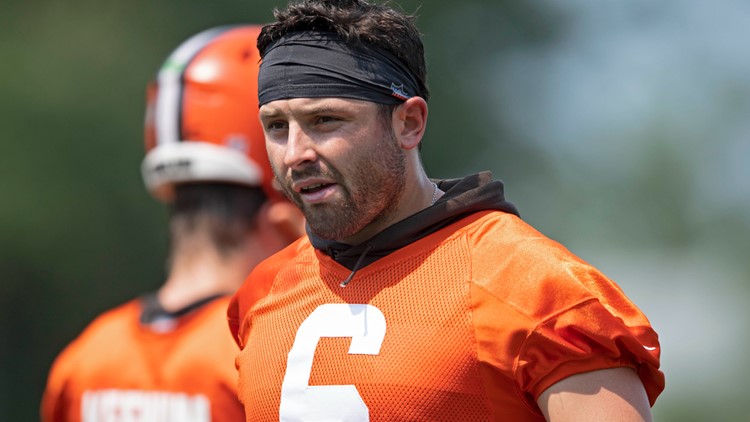 Josh Allen’s $258 million contract extension with the Buffalo Bills could have major implications for Baker Mayfield’s negotiations with the Cleveland Browns.

BEREA, Ohio — On Friday, Josh Allen agreed to a six-year contract with the Buffalo Bills that is reportedly worth $258 million — $150 million of which is guaranteed.

But while Allen has plenty of reason to celebrate as he now lays claim to the second-richest contract in all of football, trailing only Kansas City Chiefs quarterback Patrick Mahomes, the 2020 second-team All-Pro selection likely wasn’t the only quarterback on Lake Erie thrilled with his new deal. Nearly 200 miles away from the Bills’ training camp in Orchard Park, New York, Baker Mayfield took the practice field in Berea on Friday, now knowing that the market has been set for his own extension negotiations with the Cleveland Browns.

That Allen signed a new extension before Mayfield this offseason likely isn’t a coincidence.

While Mayfield has played impressively for Cleveland since being selected with the No. 1 pick of the 2018 NFL Draft, his accolades haven’t matched those of his draft classmates in Allen and Baltimore Ravens quarterback Lamar Jackson. Mayfield might have done himself a disservice had he signed an extension before Allen and/or Jackson set the market for quarterback contracts this offseason — a gamble that appears to have paid off based on the sizable nature of Allen’s new deal.

While it would make sense for the Browns to argue that Mayfield’s extension should be less valuable than Allen’s, make no mistake, the 2017 Heisman Trophy winner is likely in line for a significant payday. According to Spotrac, Mayfield’s market value is a four-year, $141 million contract, which would make him the league’s fourth-highest paid quarterback on an average annual basis (not counting Jackson’s potential extension).

For what it’s worth, Spotrac underestimated Allen’s extension, projecting his market value to be a four-year, $168 million deal. That likely means that if anything, Mayfield is more likely to exceed his projected extension than underperform it.

Of course, the Browns might not even be in a rush to extend Mayfield, who remains under contract in Cleveland through the next two seasons. And one could argue that Allen’s new deal decreases the Browns’ incentive to sign Mayfield to a franchise quarterback-caliber extension before the 2021 season.

To this point, neither Cleveland general manager Andrew Berry nor Mayfield, himself, have said much publicly to indicate an extension between the two sides will be signed anytime soon.

“I’ve bet on myself my whole life,” Mayfield said in June. “I’ve always taken it one day at a time, one play at a time. Like I said, I’m not going to handle it any differently now.”

That may be the case. But just two weeks into training camp, Mayfield’s decision to bet on himself in contract negotiations already appears to be paying off.