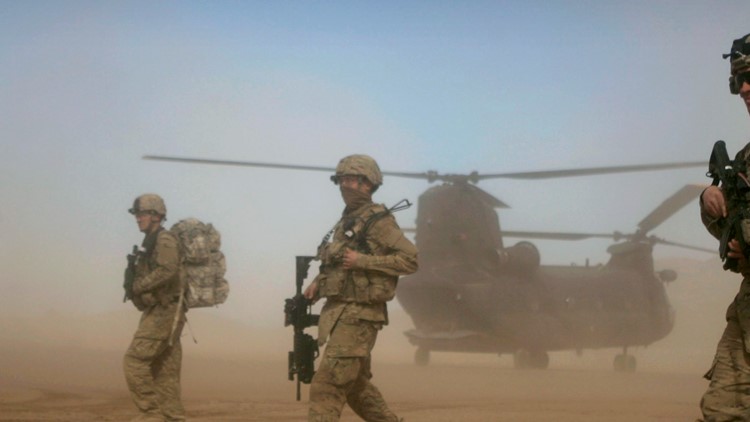 Sgt. David Gedman served two tours in the country. He says the lessons of the Afghanistan conflict are nothing new, just new for our generation.

TOLEDO, Ohio — As the United States finalizes its departure from Afghanistan, every city the US had occupied over the 20-year conflict has fallen to the Taliban.

For Sergeant David Gedman, an Afghanistan veteran who fought to protect those cities from the radical group, he says it’s upsetting but not surprising.

“It’s a bummer. It’s terrible. But I think a lot of people saw it coming. Really the people I feel worse for are the Afghan people,” said Gedman.

Currently, the Taliban holds every key city in the county including Kabul, the nation’s capital.

The U.S.- supported democratic Afghan government is in collapse and the democratically elected president has fled the country, effectively spelling the end of democracy in the country.

For Gedman, the whole process is similar to another event in history.

“What we’re seeing now, It’s not necessarily new. It’s new for our generation, but it just happened 50 years ago in Vietnam,” said Gedman. “So same exact thing, as soon as we’re gone, the communists came right down and they’re still a communist country to this day.”

As America’s involvement in Afghanistan comes to its conclusion, Gedman says the comparisons to the Vietnam war are becoming obvious.

He says it’s another example of America getting involved in a conflict it can’t resolve, fighting an ideology instead of an army.

“I mean history repeats itself. They say the definition of insanity is doing the same thing over and over again and expecting different results,” said Gedman. “And it’s the same thing. Same thing again.”

As the last American soliders and diplomats leave Afghanistan and the Taliban regains control, some might hope we won’t repeat the mistakes of this mission.

But Sergeant Gedman believes the cycle will only continue.

“As long as the military-industrial complex is in it to make money. I mean war is good business. And it costs American lives but it makes us a lot of money and it makes a lot of businesses a lot of money. So it’s a cycle and it might not be in Afghanistan but it’ll be somewhere. I’m sure,” said Gedman.