Home » What time is the solar eclipse Thursday? 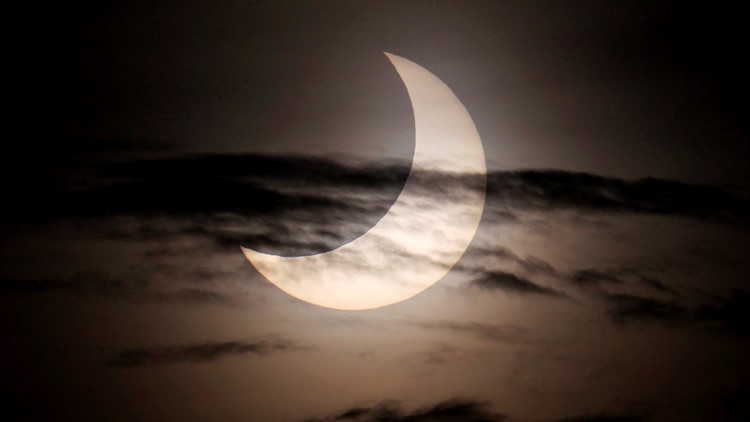 A “ring of fire” annular solar eclipse will be visible in parts of the northern hemisphere Thursday, but those in certain parts of the U.S. will only see a partial one early in the morning. There will also be livestreams available.

In the U.S., the partial eclipse — where the Earth, sun and moon are not completely lined up — will be seen in parts of the Southeast, Northeast, Midwest and Northern Alaska, according to NASA. It will happen shortly after sunrise, so people wanting to watch it in person will need to have a clear view of the horizon.

People in parts of Canada, Greenland, and northern Russia will experience the full annular eclipse and see the “ring of fire.”

An important reminder: Never look directly toward the sun with the naked eye. Regular sunglasses are also not safe for looking at the sun. You need a special pair of eclipse or solar viewing glasses. If you don’t have access to those, you can make a simple pinhole projector.