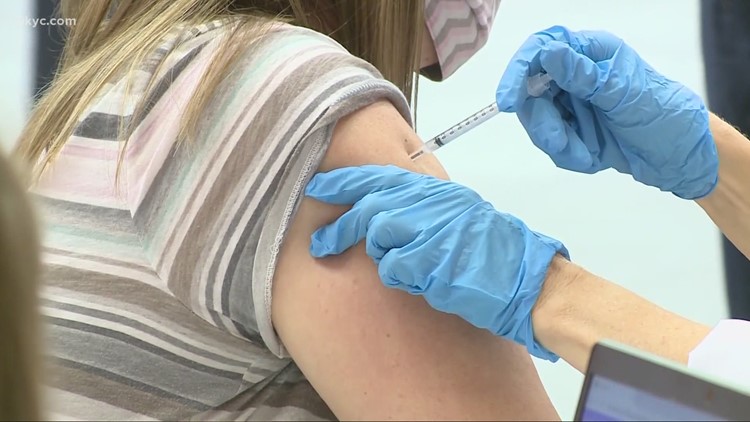 Officials said life could return to mostly normal by early July if vaccinations continue at a steady pace.

For three weeks, cases have steadily dropped. The state’s Department of Health announced Thursday that for every 100,000 Ohioans, there have been 140.2 cases reported in a two-week span.

“By the beginning of July, we should be able to resume life almost at the level of before the pandemic,” Dr. Daniela Calvetti , professor of applied mathematics at Case Western Reserve University, said.

Life as we once knew it is one victory that seems not too far down the line, but small victories are coming each week, with less and less cases being announced in Ohio. Claudia Hoyen with University Hospitals attributes that to the lax of spring holidays.

“Now that we are about three weeks out [from spring break and Easter], I wouldn’t be surprised that our numbers are starting to trend back down,” Hoyen said.

The pandemic response has relied on math and science, and the numbers show a steady vaccination rate moving forward is how normal life could come sooner.

“We have a little over 40% of people who have at least one vaccination,” Calvetti said. “I run the prediction that by the beginning of July in Cuyahoga County, we should have no more than 30, 35 new cases per day.”

However, when you look at when normal will come through a legislative and executive lens, there’s a power struggle for when and who will be able to allow Ohioans to operate at full capacity and without masks.

Gov. Mike DeWine declared back in March that when the state gets down to 50 cases per 100,000 people over two weeks, all existing health orders will expire. Many of those orders have been in place for over a year now, issued at the discretion of DeWine.

That is a judgement the state legislature doesn’t want to allow anymore, and according to Senate Bill 22, orders could be lifted by state leaders as soon as June.

Pokémon Snap: How to Unlock Ocean Illumina Orbs
How to Play the Stranger Things Mod in Among Us
Comment