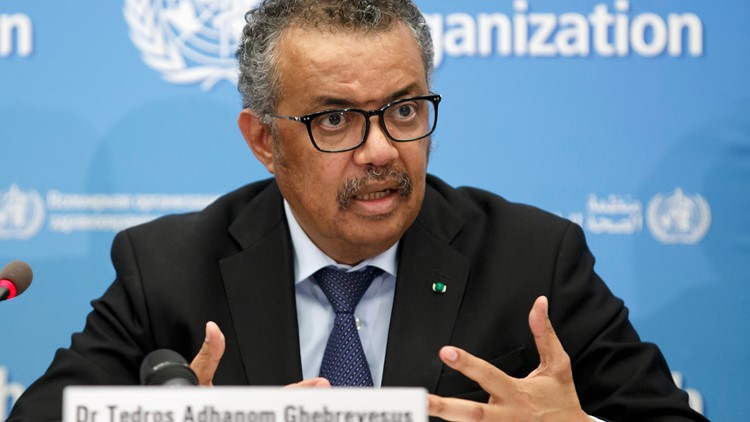 The World Health Organization said the scientific names of the variants can be difficult to say or recall, and are prone to misreporting.

In a press release, the health agency said the decision to label the variants of SARS-CoV-2, the virus that causes COVID-19, was to help prevent misreporting and end “stigmatizing” the variants from where they were first detected.

The new labels will not replace existing scientific names, but they will be used for variants that are designated as “Variants of Interest” or “Variants of Concern” by WHO.

“While they have their advantages, these scientific names can be difficult to say and recall, and are prone to misreporting,” the WHO said. “As a result, people often resort to calling variants by the places where they are detected, which is stigmatizing and discriminatory.”

Viruses often develop small genetic changes as they reproduce, and new variants of the coronavirus have been seen almost since it was first detected in China in late 2019.

Four variants of concern have been labeled with the first Greek letters — Alpha, Beta, Gamma and Delta. For example, the mutated version of COVID-19 first detected in Dec. 2020 in Britain is now labeled as “Alpha.” Its scientific name remains B.1.1.7.

Variants of concern have some evidence that it spreads more easily between people, causes more severe disease, or might be less responsive to treatments and vaccines.

WHO has labeled six variants of interest with the Greek alphabet letters Epsilon through Kappa.

RELATED: How vaccine passports for global travel will work

WHO said labeling with the Greek alphabet was chosen after wide consultations and reviews by experts from around the globe. It said it included “experts who are part of existing naming systems, nomenclature and virus taxonomic experts, researchers and national authorities.”

WHO has asked nations, media outlets and others to accept the new form of labels to help simplify public communication.

In total, there are 24 letters in the Greek alphabet. However, WHO did not disclose what would follow after all the letters are used.

Today WHO has announced a new naming system for key #COVID19 variants. The labels are based on the Greek alphabet (i.e. Alpha, Beta, Gamma, etc), making them simple, easy to say and remember.

Pastor Cal & Dr. Coles Reveal New Details on the Spinoff
How do you check if the government owes you savings bonds?
Comment