Home » Who does robocalls? | wkyc.com 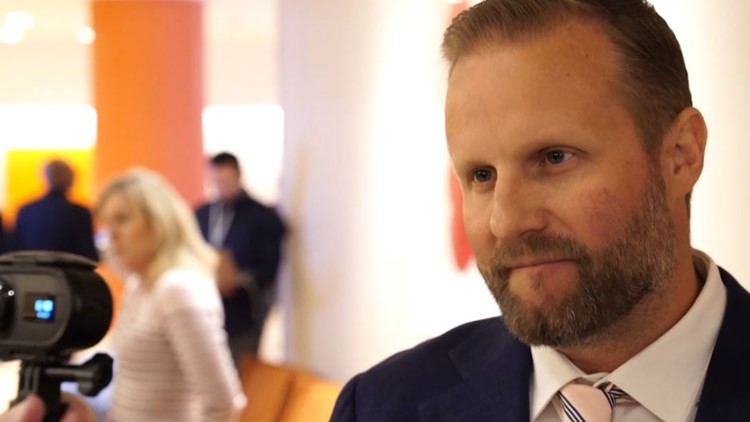 This company called one number more than 1,000 times.

ATLANTA — Every second, Americans receive 62 robocalls. Right before the pandemic began, we set out to find a serial robocaller.

We tracked down Nick and Nicole Long in southern California. According to the Federal Trade Commission, the Longs ran a fictitious robocalls company, Solar Research Group.

Solar Research Group called millions of numbers on the “Do Not Call” list from the company’s headquarters in Orange County.

Nick Long had been sued by the government before. A decade ago, he agreed to never place another robocall again.

After he denied our request for an interview, we tracked him down at a convention in February 2020. Long denied that anyone on the “Do Not Call” list was called without their permission.

“The people were on the Do Not Call list, however it was all permission-based marketing. Opt-in marketing,” he said.

FTC lawyers won a judgment against Nick and Nicole Long for $7.6 million.

“I’m still writing a check to the government,” Long told us at the convention. “It’s been a very unfortunate event. A lot of lives were hurt in the wake of this. It was a great company that I built over 6 1/2 years. I poured my heart and soul into it. Developed the people inside of there, changed lots of lives. Unfortunately the major life that was impacted was my own because of this.”

Government lawyers later suspended the $7.6 million judgment, allowing the Longs to settle for $264,000.

The couple is banned from ever robocalling again.

“I just want people to know that, like, I’ve been really, really affected by this— financially, emotionally,” he said. “But it’s not going to stop me. I’ll turn this mess into a message. I’m not going back into that space, but this won’t be the last that people hear of me.”

Long’s advice to stop the robocalls?

“Put yourself on the national Do Not Call list. Make sure you’re reading any checkbox that you fill out online, because you’re giving permission to people to call you. Just know the law. Know your rights, and take action against the people that are doing it wrong. Because it’s the bad actors that unfortunately put good actors out of business,” he said during the interview.

“If I was a bad actor, what I would do is I would take that list because now this is a list of a lot of people who don’t want to be called and now aren’t being called, so they’re more ripe for the picking because they’re getting far fewer calls a day,” telephone technology expert, Michael Self said. “So I’m going to call that list.”

WHO ARE THE ROBOCALLERS?

Our investigation is one of the first to visually connect these robocallers and their businesses together.

Each dot on this chart represents the name of an individual and/or company listed in Federal Trade Commission public filing(s) for certain robocall activities. Each line represents a connection between two or more groups. You can click on each and move them around to see who is connected to who. You can also click the link to increase the size. Chart is best viewed full-screen and horizontally on a mobile device (click here to see the chart)


Department of Justice and U.S. Attorney General(s):
Each dot on this chart represents the name of an individual and/or company listed in on the Justice Department’s website via press release(s) for certain robocall activities. Each line represents a connection between two or more groups. You can click on each and move them around to see who is connected to who. You can also click the link to increase the size. Chart is best viewed full-screen and horizontally on a mobile device (click here)


Note: Information about these phone numbers is provided by YouMail. Our investigation is providing this link for informational purposes only. TEGNA is not associated with YouMail.

TRACK ROBOCALLS IN YOUR AREA

HOW TO STOP ROBOCALLS

While it can be near impossible to completely rid yourself of robocalls, these are some steps you can take to at least reduce them.

Why can’t the government stop robocalls?

We bought 16 new cellphones, and most started getting robocalls before we even used them

Here’s how to stop robocalls from flooding your phone