Home » Witness to MyPillow CEO incident: It was no ‘attack’ 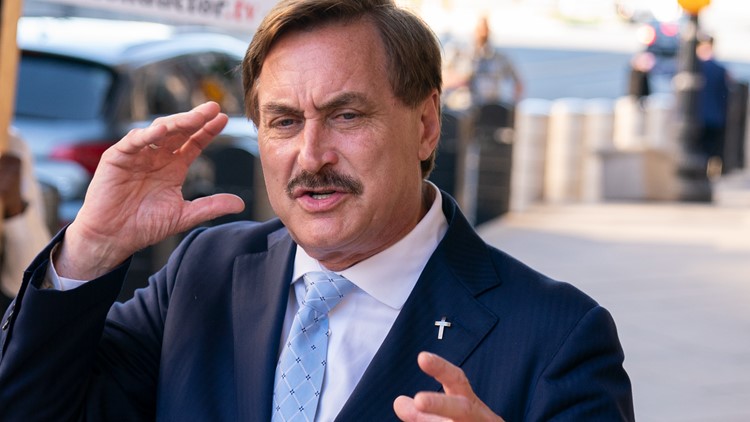 Mike Lindell, who was in Sioux Falls hosting an election fraud symposium, told the crowd last week he was in pain after being attacked.

A witness to an incident last week involving MyPillow chief executive Mike Lindell says he saw no reason for Lindell to claim he was attacked at a South Dakota hotel.

Lindell, who was in Sioux Falls hosting an election fraud symposium, told The Associated Press on Tuesday  his encounter with a man seeking a photo late Wednesday left him doubled over in pain. Lindell said he has filed a report of an assault with the Sioux Falls Police Department and is conducting his own investigation into how the photo-seeker could have shoved an object between his ribs, leaving him unable to move his right arm.

However, the conference attendee who was taking the photo, Jeff Buongiorno, said, “There was no attack.”

Buongiorno, a Republican congressional candidate in Florida, said he and two other conference attendees were “shooting the breeze” at the hotel bar late Wednesday when they spotted Lindell making his way through the lobby. They approached him and asked if they could take a photo with Lindell, a businessman who has become an ally of former President Donald Trump.

As Buongiorno finished taking the photos, another man Buongiorno did not know approached the group and asked if he too could have a photo with Lindell. Buongiorno offered to snap the photos with the man’s phone.

Lindell’s recounting of the incident last week matched much of Buongiorno’s description, except that Lindell said the second man wrapped his arm around him and shoved an object into his side. He pointed to a photo that showed the man had a yellow object in his hands.

“It happened pretty fast, but the guy knew what he was doing,” Lindell said, adding that it was “one of the worst attacks on me I’ve ever had.”

However, it appeared Lindell waited until Thursday to file a police report after the Sioux Falls Police Department sent an officer to meet with Lindell. He told the conservative talk show FlashPoint last week that he believed the man used his finger. But this week he also said he was checked by medics for puncture wounds.

Buongiorno said nothing he saw could be described as an attack that would leave Lindell in pain. He added Lindell showed no indication anything was amiss as he walked to the glass elevator and rode it to the 6th floor.

Lindell defended his account, saying Buongiorno would not have seen the assault from where he was standing to take the photo. Lindell added that he was scared that saying anything would have escalated the situation and that he doubled over in pain as soon as the elevator doors closed.

Buongiorno, who said he supported “law and order,” was concerned Lindell’s claim would take up police time and resources. He was also worried that the photo-seeker was falsely accused.

Lindell announced the symposium in July, saying he hoped hundreds of “cyber-forensics experts” would attend and back up his claims that voting machines were hacked to flip votes for Trump to President Joe Biden in 2020.

Almost all of the legal challenges casting doubt on the outcome of the election have been dismissed or withdrawn and many claims of fraud debunked. State and federal election officials have said there’s no evidence of widespread fraud.

“When you attack an election, you never get your country back again ever,” he said.