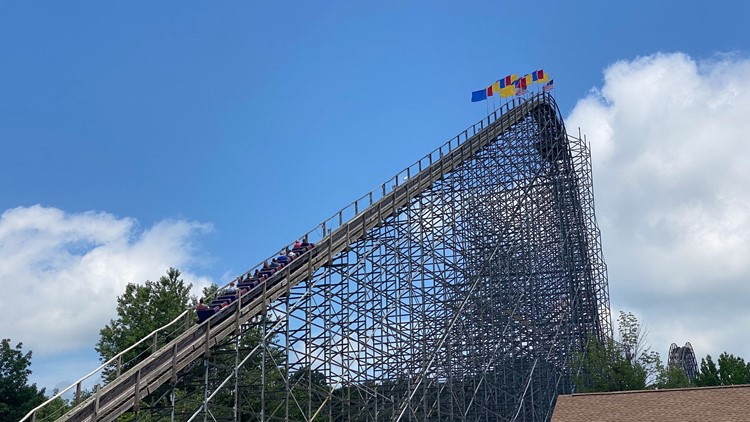 The 47-year-old Medina County native was taken to a Jasper hospital after she was found unresponsive when the Voyage roller coaster returned to the station.

SANTA CLAUS, Ind. — An Ohio woman who was found unresponsive on a roller coaster at Holiday World Friday has died.

The amusement park posted on Facebook around midnight Friday that the woman was unresponsive when The Voyage roller coaster returned to the station earlier that evening. Medics arrived minutes later and administered first aid before the woman was taken to a Jasper hospital, where she later passed away.

According to WFIE-TV in Evansville, the Dubois County Coroner identified the woman as 47-year-old Dawn Jankovic of Brunswick, Ohio. Results of an autopsy are pending.

Holiday World closed the ride for the rest of Friday out of respect to Jankovic’s family.

The roller coaster was inspected Friday night and the park said it worked as intended.


“Holiday World & Splashin’ Safari officials ask for your thoughts and prayers for the Guest and her family, as well as for Team Members who were onsite,” the park wrote.

When it opened in 2006, The Voyage was touted as being among the world’s longest wooden roller coasters. It has a top speed of 67 miles an hour and takes riders through five underground tunnels.

Belmont Stakes: Essential Quality comes from behind to win
Masks only for Philly Naked Bike Ride this summer
Comment