Dr. Carey Washington received his vaccine in January but later died from COVID in March. His daughter believes he got he virus from an unvaccinated coworker.

DRUID HILLS, Ga. — Events will take place across the nation to honor victims of the pandemic and those who are still fighting COVID themselves.

Atlanta is no exception, with an event called the Gathering to Remember taking place outside St. Luke’s Episcopal Church. One of the speakers was Tanya Washington, who continues to mourn the loss of her father.

“He was so excited, so excited,” said Tanya, remembering how her 80-year-old father reacted after receiving his vaccine in January. “He called celebrating.”

But Dr. Carey Alexander Washington, a clinical psychologist, would fall ill in March in South Carolina.

“Out of the blue, he wasn’t feeling well. And so, we took him to the hospital and five days in, he was on 100% oxygen,” Tanya said.

He was COVID positive. She later discovered an unvaccinated coworker tested positive days before her father got sick.

Tanya remembered, “I called and I was like, ‘what? Did anybody notify my dad?’ No.”

No amount of forewarning could prepare Tanya for what was ahead.

“I was in head to toe PPE and that’s how I said goodbye to my dad and I held my dad’s hand as he took his last breaths,” she said.

Tanya said she’s shocked at the amount of defending she’s had to do in the months that followed.

“People say to me all the time, ‘well he was 80, and he did have some heart disease.’ But, that didn’t mean he should have died from COVID though.” 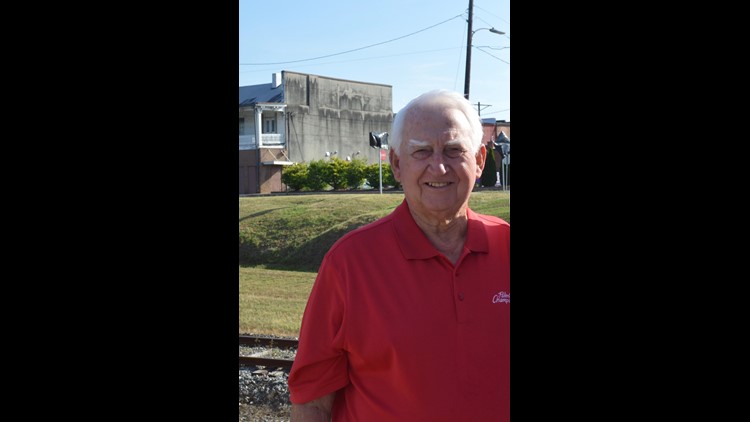 In her moments of sadness, Tanya reaches for her phone and scrolls through old photos and listens to old voicemails.

“I listen to those when I need to, when I’m tired, and when I need to dig deep and stay strong,” she said, tearing up at the thought of his voice.

Although rare, breakthrough infections and death can occur in a fully vaccinated person. But Tanya still believes in vaccines and masks. It’s why she’ll share her story at the Gathering to Remember event.

A child at any age struggles when losing a parent.

And in the hopes of preventing other children from a similar feeling, Tanya lawmakers, health experts, and COVID longhaulers will gather from 11 a.m. to 1 p.m. Saturday in the parking lot of St. Luke’s, 435 Peachtree ST NE.

Those wanting to officially register can do so here, although Tanya encourages anyone to stop by, and bring a mask.