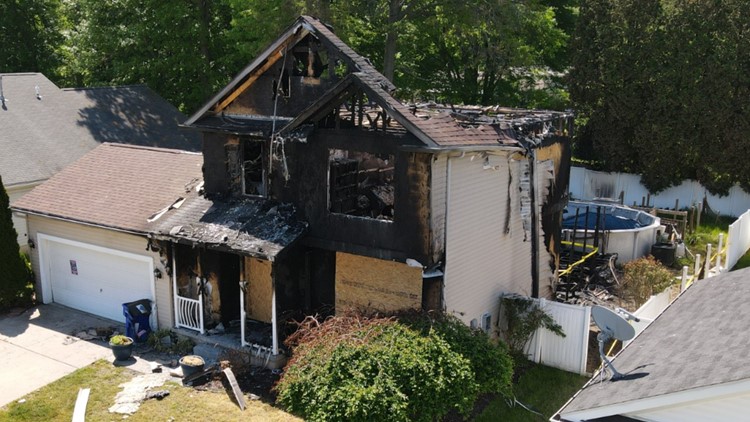 The woman was rushed to safety after the officer was able to pull her through the basement window.

As flames ripped through a Ravenna house on Harvest Drive, police officers found themselves in a rescue operation to help a woman who was trapped in the basement.

“Ma’am! Come to the light!” one officer shouted after breaking a small basement window. “Where you at? Come to the sound of my voice!”

With the basement filling with smoke, the woman told a 911 dispatcher she was struggling to locate the window.

The officer’s intense calls continued: “Come on! Hurry! Hurry up!”

Moments later, she reached her arms out of the window and was quickly pulled to safety as officers quickly raced her away from the home.

“Dude, I cannot believe we got her out of there,” the officer said moments later while talking with another policeman. “It was full of smoke. I had to knock out the window.”

Now, a week after the fire, authorities have released body camera footage that shows the heroic moments in which the officers are able to pull the woman to safety.

Ravenna police say nobody as seriously injured, but EMS on scene was treated for smoke inhalation.

Editor’s note: Video in the player above was originally published in an unrelated story on May 19, 2021.