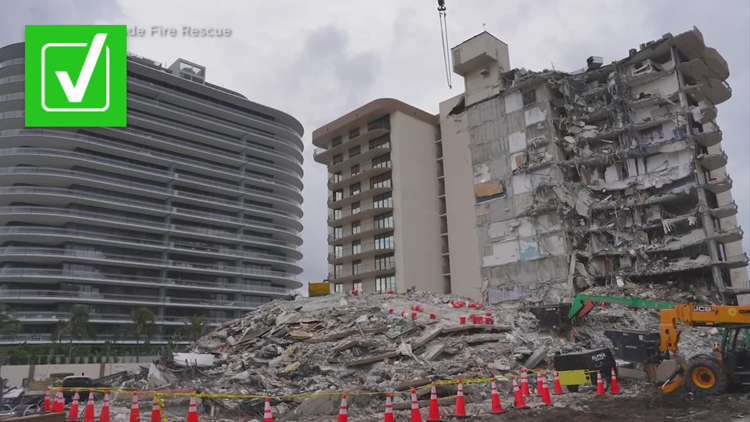 Nearly two months ago, members of Ohio Task Force 1 went to Surfside, Florida to assist in the recovery mission from the condo collapse.

You may remember members of Ohio Task Force 1 were called to assist in recovery efforts.

While the federal government paid for the first 30 days of search and rescue costs – a viewer is wondering: who pays for the crew that went to help from Ohio?

Who pays for this operation?  If Ohio pays, does Florida repay the state for the operation?

FEMA reimburses the cost with this specific situation

In an e-mail to 10TV, Martin explained in this case, Florida needed resources above their capability and called for federal assistance. FEMA answered the call.

FEMA then takes a look at their resources staged across the country and dispatches the most appropriate resource to the scene.

Martin went on to explain more about Ohio Task Force 1 — which is headquartered out of Dayton.

He went on to write:

“The members are from all over the state and are trained in one or more specialties. When any of the six CFD members who are OTF-1 trained are needed, they are deployed as if they were military reserve getting called up for deployment. They then become employees of FEMA. They will continue to receive pay and benefits from the city of Columbus at their contractual rate, however, the City of Columbus is reimbursed for that money by FEMA while they are deployed.”

According to Martin, for Surfside Florida, the Columbus Division of Fire payroll office just submitted paperwork to be reimbursed.

So we can verify: the cost of members of Ohio Task Force 1 responding to the Surfside condo collapse will be reimbursed by FEMA.

Have something you’d like us to Verify? Send us an email to Verify@10TV.com.